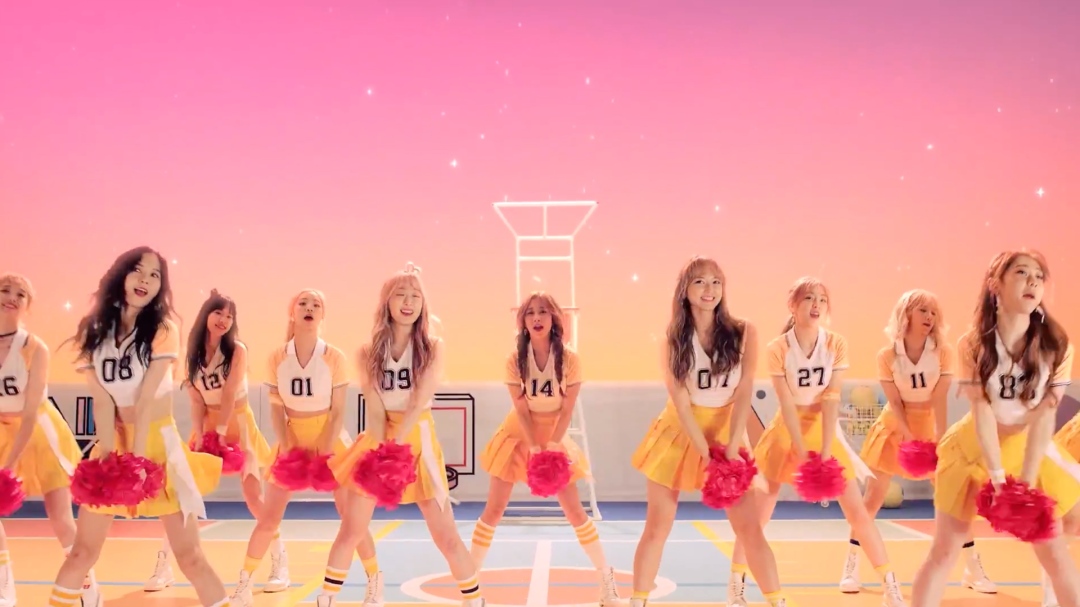 It’s been three months since I last wrote a post like this, so I think it’s definitely time to see what I’ve been listening to since last time, huh?

Last time, I mentioned that I was falling in love with Korean pop music all over again and, although I remain to be in love with it, it’s not the most surprising genre on this list. This time around, I’ve been falling in love with a little bit of Korean hip-hop and, well, some of the songs involved may surprise you slightly. Korean hip-hop won’t be the only genre in this list though, so fasten your seatbelts and prepare for a weird yet wonderful journey into the world of my playlists.

To kick things off this month, let’s start with perhaps one of the sweetest boy group concepts that I’ve seen in a while. TOPSECRET are a seven member group under JSL Company (admittedly, a company I’ve never heard of and one where there’s very limited information on…). They were formerly known as 7STONE and they debuted in January this year with their single She. However, I want to focus on their latest release Mind Control.  One thing to note with this song is that the instrumental is really catchy – the whistles in the background during the chorus are something that have remained in my head since the first time I heard the song. The chorus itself isn’t exactly hard to learn either, with the words “mind control” and “love maybe?” being the key parts. Admittedly, the verses aren’t as catchy as the chorus and the raps appear to be a little weak, but the boys are clearly going for a cuter concept than most – a heavier rap wouldn’t really fit and the lyrics during the verses are somewhat sweet, as they talk about their high school loves and/or crushes (as hinted heavily by the MV being set in a high school). Arguably, the rap could have also been made purposely weak due to the rappers’ abilities, yet I trust that both Junghoon and Wooyeong – the group’s two rappers – will improve as time goes on. And I can’t just ignore the choreography – it’s honestly quite impressive! The choreography was definitely a high point for TOPSECRET in this comeback and I can’t wait to see more fancy footwork from them in the future.

Anyone who knows me or even just follows me on Tumblr (and Twitter, to a certain degree) will know just how much I like Cosmic Girls. It would have been ridiculous for something to just even suggest not including them in this post! Happy is exactly what it says on the tin – it’s happy. No matter how you’re feeling before listening to this song, you will feel at least 50% happier afterwards. Many wouldn’t hesitate to compare this comeback to the likes of TWICE but, despite the cliche MV setting of a sport being played, Cosmic Girls’ unique concept always shines through somehow. The lyrics tell the story of how a girl thought that happiness was a fictional concept, or just a dog’s name; how the girl had self-confidence issues and how she’s so much more confident now. So, not only is the song a good instrumental, the lyrics are ones that mean something more than just falling in love with someone or remaining in love with them after they’ve dumped you – both of which are common themes in modern music all together (not just K-Pop).

Cosmic Girls are undoubtedly one of the most talented rookie groups out there at the moment and this shows in, not only Happy, but on their entire new album. I obviously don’t want to take up loads of space here talking about each individual song on their first full-length album Happy Moment but I do believe it shows how talented these thirteen girls are and I do think most of the songs on this album will be severely underrated due to people not paying attention to them. This album is one of the best that I’ve heard in a long time, so I urge people to at least listen to a few songs – personal favourites of mine include B.B.B.Boo and Closer To You.

Despite this song being around for quite a while now, this is a recent discovery for me. As mentioned at the start of this post, I mentioned Korean hip-hop and how I’ve started to get into lately. This song was one of the first songs classed as Korean hip-hop that I listened to. What appealed to me with this  track is how dramatic the start is – the synthesized string sounds creating a dramatic effect before PUNCHNELLO’s vocals come in and the synthesized strings are then replaced by a funky synthesized riff and some simply great drums. I also like the lyrics that PUNCHNELLO supplies us with in this song. In some way, they appear to be quite encouraging – whether it’s talking about working hard or dealing with difficult people. As with absolutely song that catches my attention, there is something catchy about this one. Apart from the synths, the chorus has an unbelievable catchy line of “What you want, man / Tell me what you want” which I can’t help but bop along to every time I hear it. And that is exactly what this song is – a bop.

Now, I hate the word ‘swag’ as much as the next guy and I severly judged GOT7 for using this word for their Japanese comeback, however I urge you NOT to judge these guys or the song before you at least take a listen to it. Why? This is honestly one of GOT7’s best songs. Not only does the song have some amazing choreography to go with it, the flow of the song all together is just great. The arrangement of their vocals and raps just fits like a jigsaw puzzle. I was pleasantly surprised by how good the raps by Jackson and Bambam just go. The song is literally about just being yourself and not letting ‘the fakes’ get to you. Catchy and with a great ethos (so-to-speak), this is the song you should listen to if you haven’t had your introduction to GOT7 yet.

This is the newest song out of this list and the last song I’m going to mention. SHINee’s Taemin hasn’t disappointed once again. Making a comeback in Japan, it’s safe to say that I can’t pick out a song quite as pretty and I probably won’t be able to for a while. The song starts with a melody that almost sounds like it could fit as a lullaby or a nursery rhyme, or arguably as part of an historical drama or as part of a JRPG soundtrack. If anyone, for whatever reason, had doubts about Taemin’s abilities, this is the song to prove them wrong. His gentle vocals go nicely with the authentic oriental instrumental, but also match well with the dramatic choruses. Sticking with an oriental theme, I also want to praise the choreography. Taemin manages to pull off a beautiful display of what appears to be a dance routine loosely based around martial arts. Arguably, this could have been a challenge, for it looks so magnificent in the MV – could he pull it off as well in a live performance? Absolutely – as proven here. The lyrics are as beautiful as the actual instrumental, telling the story of how Taemin misses a lover and how he’s trapped in a place because of his love for his lover. Literally everything about  this song is beautiful and I can’t praise this enough. If this single is anything to go by, then Taemin’s upcoming Japanese album should be amazing.

Again, they’re just five of the songs and artists that I’ve been listening to an awful lot this month, but I can’t end the post without giving out an honorable mention to PSY’s eighth album, 9Muses with their latest comeback Sleepless Night and MONSTA X’s Shine Forever – go check them out as well as the five above!

What have you been listening to lately? Let me know in the comments below! (I’m always looking out for new music~)

P.S. I don’t know why the font in the Cosmic Girl paragraph changes. If someone can explain, please do.