3 Fantasy Anime To Explore || Anime For All

This week, we’re looking at another popular genre, but one that a lot of you are probably familiar with already – fantasy.

Like, for example, the drama genre, the fantasy genre has endless possibilities, making way for lots of great storylines. Match this with some great characters and some nice animation and you’re good to go! So, what am I recommending this week? I’m recommending the ever-popular Sword Art Online, the newly-popular Made in Abyss and also one of my own fantasy favourites – Hakkenden -Eight Dogs of the East-.

These series are available to stream on the following sites:

Please be aware, as always, that there will be some regional differences!

I’ve picked these three shows based on the fact that they’re all different from one another, as well as the general enjoyment that people have of these shows. So, let’s see what’s what, shall we?

Sword Art Online is probably one of the most popular fantasy anime of all time – if not just simply one of the most popular anime. It’s 2022 and virtual reality has developed massively. A MMORPG called ‘Sword Art Online’ is launched and with the help of ‘NerveGear’ technology, players can control their characters within the game just by using their thoughts. Kazuto Kirigaya is one of the lucky few to get their hands on the first shipment of the game and soon finds himself in the virtual world of Aincrad with thousands of others. There’s just one problem. They can’t log out. The creator of the game has trapped them all in this new world until they complete all 100 levels of the game. Now, Kazuto must co-operate with everyone else in Aincrad in order to complete the game. But it’s not all fun and games – if you die in Aincrad, you die in real life too. Can Kazuto break out of this virtual reality hell? Approximate time to complete: 18.7 hours (for both seasons)

Made in Abyss can arguably be called a modern classic. It follows the story of Riko, daughter of the missing White Whistle Lyza the Annihilator, who aspires to become like her mother and explore the furthest reaches of the Abyss – a gaping  chasm stretching down into the depths of the Earth. Filled with mysterious creatures, the Abyss is not a place a novice Red Whistle should venture. However, a chance encounter with a young robot boy who has no recollection of his memories and who she calls Reg, means that Riko is more determined than ever. Certain that the technology that was used to create Reg came from the depths of the Abyss, the two decide to venture down to recover his lost memories and see the bottom of the Abyss with their own eyes. However, neither of them are aware of what truly is the harsh reality of the great pit… Approximate time to complete: 5.8 hours 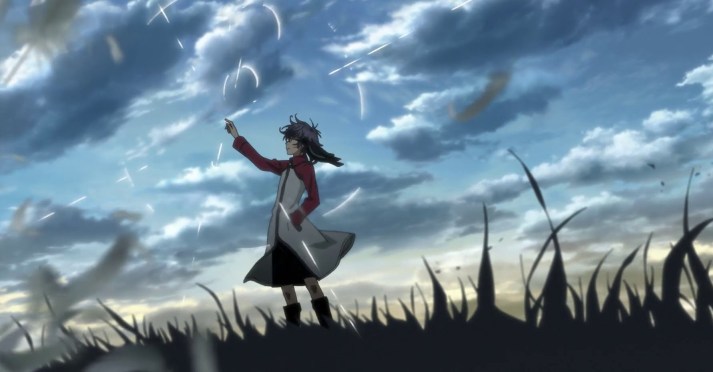 For this week’s final recommendation, I’m suggesting one of my own early anime. Hakkenden -Eight Dogs of the East- follows the story of Shino Inazuka, whose village Ootsuka was set on fire due to the preconception that a virus had eradicated all signs of life. Shino, along with his friends Sosuke and Hamaji and on the verge of death, was approached by a strange man who was holding a sword. This was going to mark a new life for these children. Five years later, they now live under the eye of the Imperial Church in a nearby village. All is fine until the Church begin to demand the demonic sword of Murasame, kidnapping Hamaji in an attempt to lure Shino (now a bearer of Murasame’s soul) and Sosuke (who can now transform into a dog). Any differences these two have must be put aside as they work together in order to rescue Hamaji, but this is certainly not a short and easy journey…. Approximate time to finish: 10.4 hours (for both seasons)

That’s it for this week’s Anime For All! What do you think about these recommendations? As previously mentioned, the Fantasy genre is full of great shows, so it was hard to pick just three, but I feel like I’ve done the genre justice? As always, don’t be afraid to comment with your own recommendations!

2 thoughts on “3 Fantasy Anime To Explore || Anime For All”