Sometimes in the world of anime you come across a synopsis that just blows your mind that much that you just have to watch the show. Mahou Shoujo Ore is that sort of show.

It follows the story of a struggling new idol who’s in love with her best friend’s brother who is a popular idol. She runs into a yakuza guy before finding out that her mother used to be a magical girl and that the yakuza guy was her mascot.

The girl’s love interest gets kidnapped by demons that look like a cross between bodybuilders and squirrels, so she becomes a magical girl (following her mother’s footsteps) with the yakuza guy as her mascot. However, instead of your typical magical girl, she turns into a handsome boy in a magical girl outfit.

Her love interest begins to show interest in her whilst she’s in her magical boy form and, on top of all of that, her best friend turns out be in love with her and also becomes a magical girl in order to save her life.

It sounds confusing, sure, but it also sounds incredible, right? And, in all honesty? It is. 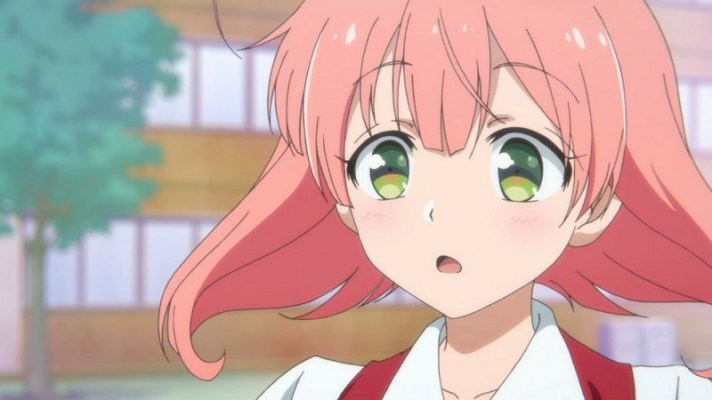 I honestly didn’t have many hopes for this show. Can you blame me when you see a synopsis like that? Despite that, however, Mahou Shoujo Ore is by far becoming one of my favourite shows from this season. It’s a comedy show that I can’t help but laugh out loud at during every episode. That hasn’t really been happening with me lately, so I’m glad I can finally enjoy a comedy anime as much as I am with this.

Perhaps it is the voice actor’s delivery of their lines, as these are delivered brilliantly, maybe it’s the actual story. I can’t tell. The main point is, despite the over-the-top use of breaking the fourth wall, it all works. I’m not one for self-aware anime usually, but there’s something about this one that throws all of my previous opinions out of the window. Maybe I’ve been too cynical in the past. Who knows?

As a fan of magical girl shows, I’m interested to see where the storyline actually goes, though. For the past three episodes, the show has managed to maintain an interesting plot, especially with the love triangle going on and the mysterious character of Hyoue, who I’m assuming is the main antagonist.

I’ll definitely be keeping up with Mahou Shoujo Ore, though. It wasn’t on my radar to begin with (quite frankly, I thought the premise was just downright too stupid) but I’m definitely glad I was at least curious “to see how bad” it was. If you’re a little dubious about trying this one, just try it. It’s probably quite like Marmite – you either love it or you hate it – but you’re not going to know where you stand on this until you do actually try it.