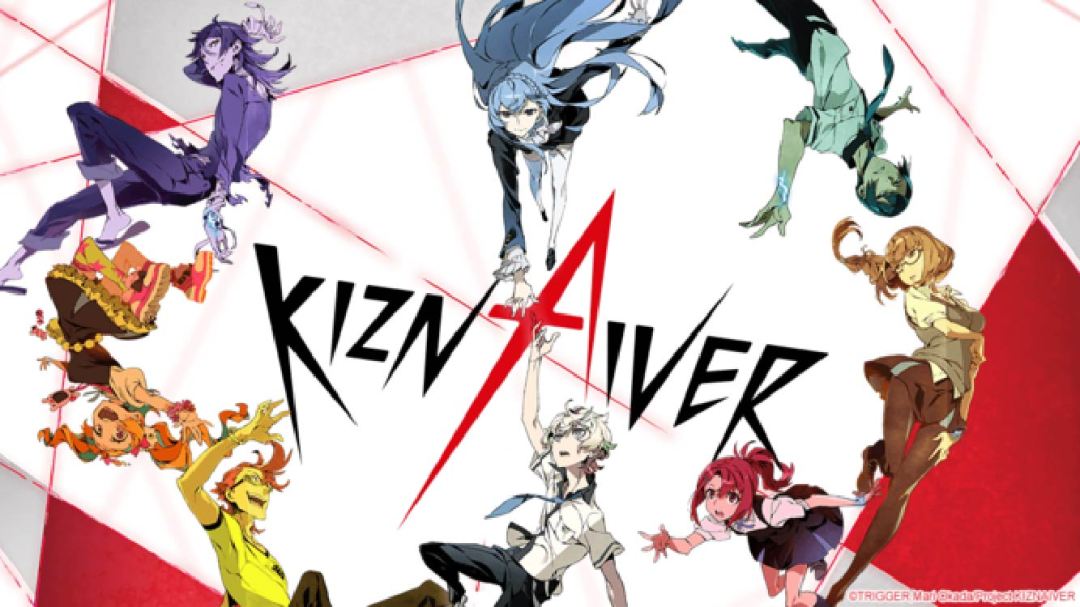 What Anime Taught Me: Kiznaiver

A few weeks ago, I came into a situation where I needed something to watch, to get my mind off some things that were going on in my life. As you will have noticed, this isn’t your usual post from the girl and her anime – I am indeed a boy. However, they do have a role to play in this story, and how they have helped me found a new place in anime to escape and take new attitudes on life. The anime in question is Kiznaiver, a show about people experiencing each other’s pains. It may not sound like the happiest or most pleasant of shows from its basic description, but the thing is, it is an adventure with incredibly relatable issues which are now helping me take on some new perspectives in life, as well as the fact that it is incredibly good.

So first of all, it is necessary to grasp the basic concept of what the show is about. The show is based around a group of high school students who are chosen to be a part of an experimental program which creates bonds between people by forcing them to share each other’s pain. The main character however, Katsuhira Agata, or Kacchon, is emotionless. During his early childhood, he was part of a previous experiment which had failed, rendering him incapable of feeling pain; however, he only has vague recollections of these events. Kacchon lives alone next to his childhood friend Chidori, who has secretly loved him all this time, and struggles to deal with the emotional pain of this as she finds out that Kacchon loves someone else, and this is a big part of the show. During his second venture as a Kiznaiver, Kacchon begins to understand emotional pain through his connection with the other protagonists, allowing him to express his own emotions better.

The show also revolves around Noriko who lacks human kindness and displays no emotion whatsoever, a bit like Kacchon. She acts as the arbitrator for the Kizna System and gives out challenges to the group, which usually involve quite painful procedures which hurt everyone. It is revealed that Noriko was a member of the same failed experiment as Kacchon but instead of distributing her pain to others the experiment wound up with her taking all nineteen candidates’ pain into herself while the others lost most of their emotions and sensation. She has remained connected to Kacchon through the Kizna System ever since. As such, she seeks to help Kacchon regain his lost sense of pain, as they still have feelings for each other since childhood.

So, why am I talking about this show?

The show’s main theme is to achieve world peace through pain. The idea is based around the fact that if these seven children with no connections whatsoever can embrace each other through each other’s pains, then why can’t the rest of the world do the same thing? The name of the show comes from the Japanese words for ‘scar’ and ‘connection’, so it’s pretty clear to see what the show is about and what it wants to portray.

I want to start by explaining that the reason I kept believing in this show is because when I went away, the problems I was having were making me want to escape. I had just finished watching Sword Art Online (yes, I am one of those fans, please stick with me through this article, I promise it will make sense) and that allowed me to escape into their world and believe in the characters a lot. I genuinely believe if I had watched at any other time, I wouldn’t have created a deep emotional connection with it. After finishing this, I needed to find something that would start to bring me back into the real world, with characters that resembled aspects and attitudes that revolve around me in day to day life. So, of course you know who Amelia is. Well, you have her to thank for this article and there is a small history lesson for you here now.

I was listening to the Mob Psycho 100 OP, this specific one to be precise, and at the end of the video it changes to a jingle that the channel uses to promote their other videos. The song is ‘Lay Your Hands on Me’ by Boom Boom Satellites, and you should definitely give it a listen. However, I was trying to remember it badly, and for the life of me I couldn’t remember where I had heard it from. Of course, who else do I contact but the weeboo who runs this page? It was wise to be able to count on her, even though she was slightly mind-blocked too at first, but she got there. Since then, it was always in my mind to get it Kiznaiver watched, but time just didn’t allow it and I kept putting it off.

Back to where we were, after SAO, I remembered that song, and just thought to myself, why not? I wasn’t in the best of places, so my first initial thought was to try escape more, but this show, this work of art brought me back, it honestly did.

I watched the show in two days, and it will be something that will remain with me forever, because I haven’t been through something like that before. It left me with so many thoughts and feelings, and the reason I was following Kacchon so deeply is because people bullied and alienated him because they couldn’t find themselves in him, which, to be quite dramatic about it all, was how I was feeling, and why I was trying to escape into anime. He was not interested in himself either. Why bother worrying about how other people feel, when you can’t feel anything for yourself? For me, that is how I was looking at life at that time, which I was surprised to see being shown so well in Kiznaiver, because it just wasn’t something I had experienced before with an anime. Up to this point, I had just been watching comedy shows and drama adventures like JoJo’s Bizarre Adventure (I happy cried at that though!), but SAO followed by Kiznaiver was bringing a whole new perspective on anime for me.

During my time away, I was thinking about how I tried to stay happy with people, to maintain their friendships. It got to a point where it was exhausting me by faking my happiness sometimes, especially with problems I was going through based on friendships I already had at the time. In comes Nico (the girl from the top image), who is, safe to say, the main person I wanted to be like, and was the reason I kept annoying Amelia after I had watched to show by saying I was talking to the fairies. The idea of Nico is to be a pure friend, and she finds happiness in everything around her, and as the show progresses and people fall out because they are dealing with the pains, she keeps fighting to keep these friendships together, she is the friend that you aspire to be for others, especially for the people like your host writer who have been there for me through a lot. Friendship needs sacrifice, and she shows how to do it, especially after overcoming her initial problem which was essentially  faking who she really is for the people around her.

“Everyone wants to connect with someone else.” – Noriko

The tragic thing about this show is that people come closer to each other through pain and hardship rather than happiness and positive feelings, pretty much how I was before I went into this show, and I could see myself living my life in an anime. Even more tragically, when people understand each other’s hearts, they may be broken by their own feelings. I was shutting out my feelings in order to protect  those around me, because I was worried of inflicting mental wounds to these people that did not deserve it. I think in essence, our feelings are complicated and no matter what we do, we will affect the hearts of people who are inside us. I guess this is why this show resonated with me so much, given the fact that I have such wonderful people around me that I honestly want to appreciate more.

The messages from Kiznaiver are undeniably true in real life, especially in mine, and I highly recommend you giving this a show a watch, because you will definitely find your own messages in it, as do so many other people with their own unique anime.

The message to take from me hopefully is that you will be more interested in others if you can see yourself in them. I do work at this every day, and sometimes it isn’t perfect, but it’s always on my mind to achieve. I’d say take some time to think at the people around you and if you happen to wonder why you can’t get along with them, why you can’t accept them, maybe there is a reason for that. Maybe you need to find a way to place a bit of them in your heart, and you can connect to them properly. After watching Kiznaiver, you may be able to figure out what exactly it is you need to do to create the bonds. Go through the pains of course, I know I did for sure, but it has got me to this position where its people like the girl who runs the show here that keep me going, and all those bonds and connections allow everyone to believe in each other. The bit that will always resonate with me, is how the show ends with Noriko smiling for the first time, with no ending sequence. After all the pain she took for everyone, she can finally be happy with what she has. That is all I needed, it just showed me, I can do it, I can go out there, and connect with the people in my life that I have bonds with, just like the seven in Kiznaiver did.

I may be back soon and I hope you enjoyed reading this, this show means a lot to me and I’m glad I can share it with you people, as I have heard some good things about this blog! 😉

One thought on “What Anime Taught Me: Kiznaiver”