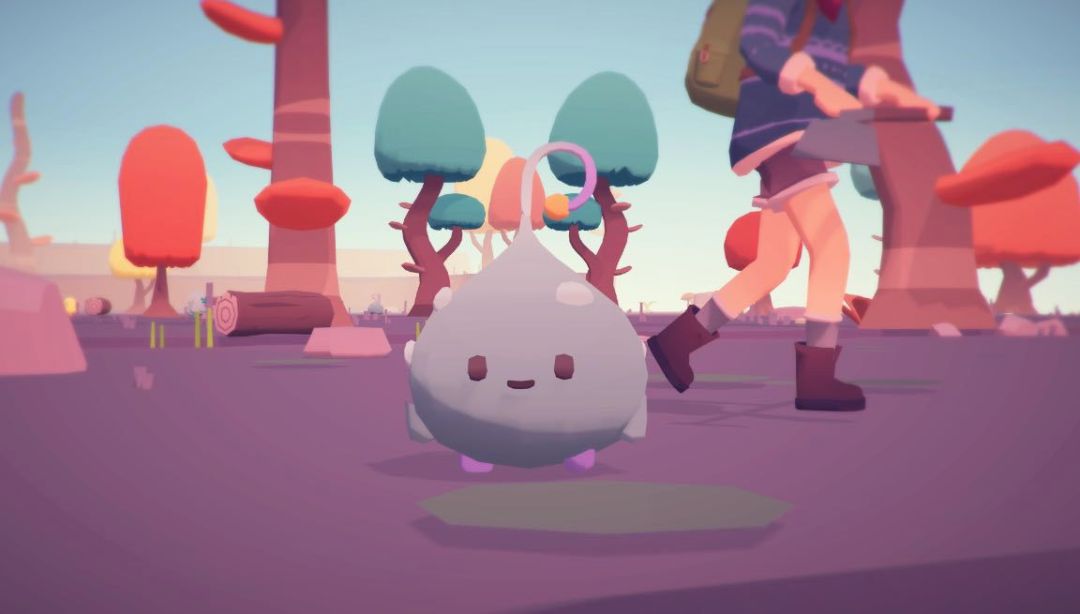 So, I’m no gamer. Sure, I used to be and I still play the occasional game – the likes of Danganronpa series, Final Fantasy and more casual games such as Animal Crossing are just a few. But I’ve never been super serious about video games and conventions such as E3 just never appealed to me. They just seemed so boring to me.

For whatever reason, that wasn’t the case this year. I found myself watching Twitch’s stream of E3 constantly. Why? I’m pinning it down to having something to talk about with friends, but even then – they were conversations that didn’t really require me to watch the whole thing. So, whether it was because of that or because I was just waiting around to hear some guy’s French accent again is an argument I’ll leave to you to have with yourself.

Regardless, E3 wasn’t all that bad. There were, in fact, some games announced that I’m absolutely hyped for. And others? Well, not so much. So – let’s take a look at them, shall we?

Personally, Nintendo didn’t really announce anything that grabbed my attention. The most exciting thing for me would probably be the new Pokémon game that they announced for the Switch. This could potentially be different from the Ultra Sun and Ultra Moon games which have already been confirmed for release on the 3DS later this year – somewhat likely to be different, in fact, due to the Switch game not being released until next year. Yet, despite grabbing my attention, this was definitely the best of a bad bunch for me. I’m not necessarily interested in the Switch as a console and therefore probably won’t even get much exposure to this anyway.

Sony was slightly more encouraging than Nintendo – the tech giant certainly announced plenty of games with something for everyone. You like Spider Man? Look out for the game coming in 2018. Call of Duty fan? They debuted the multiplayer gameplay trailer. Games such as Destiny 2 and Shadow of the Colossus were also announced, but the show wasn’t over for Sony without them mentioning their VR system. And, honestly, they were drilling this into us. Great, more Skyrim. Just what we need, huh? With Star Child, Bravo Team announced, things just seemed a little boring to me, as I predicted. But, Sony didn’t completely disappoint.

Admittedly, although I don’t particularly care for VR (I find the whole thing way too gimmicky, to say the least), Sony’s announcements for both The Inpatient – a psychological horror set in a sanatorium – and Moss – an adorable adventure game that follows the adventures of a mouse – did catch my eye. Sadly, I myself probably won’t have the chance to experience this myself, for I’m not spending money on a VR system, and the closest I’ll get to either of these is arguably Until Dawn, which was released for the Playstation4 in 2015. How so? The Inpatient is apparently a prequel to it, although, with a sixty year gap between each game, they’re pretty much standalone anyway.

Crawling away from VR, however, Sony’s cinematic trailers for their PS4 releases were also impressive. And whilst Emma Boyle from TechRadar argues they relied too much on trailers with the whole showcase only having Sony’s CEO, Shawn Layden, appearing twice, I disagree. Sony knew what they were doing. Sure, we’ve had a lot of it before (looking at you once again, Skyrim) but the trailers for the new games gave a huge impact on a non-gamer. Detroit: Become Human – the neo-noir thriller game with a plot revolving around androids – almost seemed like it could easily have been a movie instead of a video game. As did God of War – the action/adventure game loosely based around, this time around, Norse mythology. And I loved both of them – I was hooked. I wanted to know what happened next, I wanted to keep watching; I wanted to just delve in and play. Alas, both games are more than likely to come be released next year with more accurate dates yet to be announced.

Ubisoft’s announcements were apparently ‘impressive’, yet I’m struggling to see just how. Perhaps this is just a personal opinion, but with announcements consisting of another addition of the Far Cry franchise, an addition of the Assassin’s Creed franchise and the sequel to Beyond Good and Evil – a cult classic, but one I’m not too familiar with – it’s safe to say that, although these may be popular within the gaming communities, nothing really caught my eye. These aside, there’s only two more things to mention about Ubisoft’s conference.

Firstly – Just Dance. Yes, Ubisoft are giving us yet another Just Dance game. This, whilst being part of a franchise I have at least four games from, is getting a little tiresome. Both physically and, well, the fact they keep releasing the games. What did catch my attention, however, was the inclusion of K-Pop in the game. ‘Bubble Pop’, a classic by 4Minute member and solo artist, HyunA features in the game and I’ve not seen the K-Pop community so excited by a Just Dance game. Ever. (Despite PSY being featured as DLC in Just Dance 4, released in 2014 and as a track in Just Dance 2017).

And how could I cover Ubisoft at E3 without mentioning the monstrosity of Mario & Rabbids Kingdom Battle – a crossover between everyone’s favourite Italian plumber and those pesky, feral rabbits that are more associated with Rayman. The combination of two main parts of my gaming childhood should be a positive thing. Instead, it’s somehow mangled itself to be a nightmarish mess.

Now, the PC Gaming Show was where E3 as a whole grabbed my attention. Sure, we’ll be getting a remastered version of Age of Empires and Forza 7 in the hyped HDR Ultra 4K, but that’s not where my attention’s at – arguably wrongly so. Reminiscent of little me reading the Redwall series, the announcement of Tunic certainly caught my eye. And can you really blame me? You are a little fox dressed as a knight, making your way through puzzles to locate weapons and take on various enemies within a combat mode. The trailer showcased how colourful the game is, appealing to me a little more and making everything just a little bit cuter. No release date just yet, though.

Secondly, a new 2D platformer has also taken my fancy. Based on the old Oddworld games, The Last Night is a platformer, point-and-click hybrid which also has a reliance on puzzles. NPCs will quite cleverly remember your actions, making the way you play influence the game more than you think. With combat involved too, I’m quite excited to see what actually happens in the game when it’s released on both Xbox One and Windows 10 later this year.

And finally, despite me being able to find praises for the majority of the most anticipated PC games, the game I’m arguably hyped for the most (in general, not just PC) is Ooblets. How adorable is this?! Ooblets reminds me of a cross-over between Pokémon, Animal Crossing, Harvest Moon and MySims. An odd combination, perhaps, but it’s one that seems to work. In the game, you manage your own farm; grow, train and raise your own Ooblets; battle wild Ooblets and other trainers and, of course, explore the world around you. This game is honestly one of the cutest I’ve seen in a while and for it to be released next year? H Y P E

Bethesda’s show wasn’t too appealing to me, but I can see how people would be incredibly excited. Again, Skyrim makes an appearance, but this time for the Nintendo Switch and not just as a straight-up port, which seems a little exciting. I wouldn’t personally be anticipating loads from this, but I suppose those who are fans of the Amiibos would be quite excited? Apart from that, I can’t really say much caught my eye.

Wolfenstein II was announced and we also got a look at The Evil Within 2 – both of which are franchises I’m not all too familiar with to warrant caring too much. With popular titles such as Fallout 4 being released on VR and Bethesda’s questionable ‘Creation Club’ (which is to begin selling premium mods for games such as Fallout and Skyrim) being announced, I have to argue that Bethesda really weren’t all too helpful or too exciting for a non-gamer.

Now, Microsoft kept us busy, didn’t they? 42 games. 22 exclusives. Phew. Not only that, however, but the Xbox One X was announced as Microsoft’s previous “Project Scorpio” and it launches on November 7th, with prices starting at £499.99. Quite understandably, this is likely to be one of the most sought gifts this Christmas. But, of course, with a new console, there has to be some games…

Forza 7 and Assassin’s Creed: Origins were arguably the two headliners for this new console, but they weren’t the only 4K games announced. New games such as Sea of Thieves and Crackdown 3 were shown off, whilst another announcement stated that games such as Minecraft and Final Fantasy 15, as well as various other titles, were to get free 4K updates. Again, not really something that would appeal to a non-gamer. Woop-di-do.

So, what did excite me from Microsoft? Ori and the Will of the Wisps appealed to me somewhat, despite me admittedly not playing the original just yet. The same, pretty, flowy aesthetic of the game just enchanted me once again. The same mixture of platforms and unlockable skills are from the original are to be expected and with no release date for this sequel, there’s arguably plenty of time for me to get to grips with the franchise before it’s released.

Microsoft also announced Anthem, the first/third-person sci-fi MMORPG that Mass Effect creators BioWare are creating. Also teased by EA, the game features an open-world with a city hidden behind an enormous wall. There, there are two communities – a post-apocalyptic one and a land full of monsters, loot and more. As you play as a Freelancer (a mercenary) who uses an augmented suit to take on the world beyond the wall, this is all sounding very Attack on Titan-esque to me. Just…without the Titans. Then again, who knows? Gotta wait until 2018 to find out! Either way, this also caught my attention and is definitely a game I’m curious about.

Talking of EA, what did they announce that caught my eye? Well, not much, really. I guess Anthem is the only thing that grabbed my attention from them. Of course, that would be a different story if I was interested in another Need For Speed or Star Wars Battlefront game. And if you like your sport games, EA also gave us a look at FIFA 18 and Madden 18 – the latter having its first ever playable story mode. So, conclusively, EA was a disappointment for me personally.

That pretty much wraps up my post for E3, albeit the post being more than a week later than everyone else’s. But hey, what can I say? I’m not a gamer. I don’t exactly feel comfortable writing about games I know nothing about, but this was a new experience for me and I wanted to share my opinions somewhere. Will I watch next year’s E3? Who knows? All I can say is that I should probably update a console or two and try to get more involved within the gaming communities. I once enjoyed playing games and, for whatever reason, that disappeared a long time ago to my own disappointment. But, hopefully… it’ll come back.

What games are you looking forward to? What announcements from E3 excited you? Let me know in the comments below~