Love and Loss: In This Corner of the World Review

Kono Sekai no Katasumi ni (In This Corner of the World) is an historical drama film directed by Sunao Katabuchi (Black Lagoon, Kiki’s Delivery Service). Set in 1944, it tells the story of Suzu Urano, a young girl who loves to paint, as she moves to the town of Kure to marry Shuusaku Houjou – a young clerk who works at the local naval base. Living with his family, Suzu begins to be essential in the running of the household, carrying out housework and preparing meals. In 1945, intense bombings by the US military finally reach Kure with devastating effects on the townsfolk and their way of life. 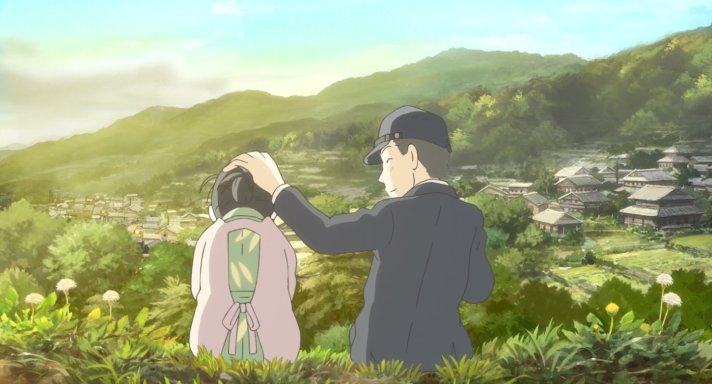 As the film begins, we watch Suzu grow and mature into a young woman who faces the struggle to adapt to the fact that she is involved in an arranged marriage. Because of this, I immediately must praise In This Corner of the World for showing the daily life and struggles of women in Japan during the twentieth century, particularly during the Second World War. Perhaps this is due to my previous study of the country, but gender issues in Japan is an aspect of the country that I always appreciate being featured in films and shows alike. Plot-wise, there’s really nothing else to say about the film that isn’t covered in the synopsis. You read that and you know exactly what to expect.

Some may argue that the pacing of this film is incredibly slow. Personally, I would argue that, although it is quite slow, it is a necessary pace. It builds up the story to the point where the climax is incredible. It adds to the dramatic trauma. It highlights just how real this all was for the people of Japan. However, because of the pacing, I would say that this is a film that isn’t recommended for everyone. It’s similar to a slice-of-life anime in how it takes you through the daily life of Suzu and the townsfolk, but it’s hard to pinpoint who would enjoy it exactly – I feel as if only a handful of people would appreciate the pacing, even if they enjoy slice-of-life anime. 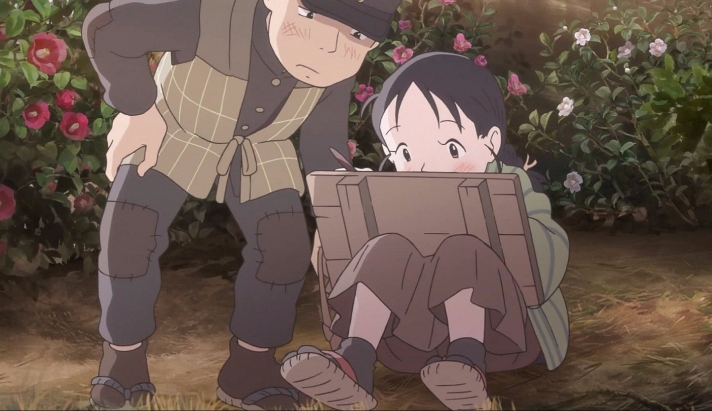 Even if you don’t like slow movies, though, the visuals give more reason for you to want to watch, and enjoy, this film. They are simply stunning. Everything from the pastel, watercolour-like nostalgic colour palette to the beautifully animated scenes is just perfect. Considering Suzu is a painter, it makes sense to have this movie visually-pleasing, especially with how similar the film looks to actual paintings at times. As Ignis Dino over at Ignis Cave says, “Everything is represented in the best way by its animation.”

By reading the synopsis, I imagine many anime fans would immediately compare this to Studio Ghibli’s Grave of the Fireflies. Despite not seeing the Ghibli classic, I would still advise people to not compare the two films. Sure, you’ll probably need a pack of tissues for both films and they cover the same topic, but I feel as if these films should be appreciated individually for their own positives. From what I can tell from others who have seen Grave of the Fireflies, though, the Ghibli masterpiece is more emotional and slightly, well, ‘better’.

Released in the UK back in June, it’s one of many non-Ghibli animation films that have made the big screen recently, following Kimi no na wa. and A Silent Voice. Having missed it during its first run, I was lucky enough to go see it at a local cinema thanks to Hull Independent Cinema. It’s being given a limited release in the U.S from the 11th August, so I suggest you try and see it ASAP if you want to see it at the cinema. Regardless, its DVD and Blu-Ray release is set for October 23rd, so there’s not long to wait to get your hands on it anyway.

7 thoughts on “Love and Loss: In This Corner of the World Review”