The Hidden Gem of This Season?: Pikotarou’s Lullaby Review

…perhaps checking the anime involving Pikotarou for a laugh (yes, you read that right – the PPAP guy has an anime)…

That quote is from my Summer 2017: What Will I Be Watching? post. And, as I predicted, I did end up watching it because, well, of course I did.

Pikotarou no Lullaby Lullaby (English: Pikotarou’s Lullaby La La By) is an episodic comedy series consisting of three minute shorts. Within these shorts, Pikotarou improvises each episode using the illustrations drawn by Takashi Taniguchi (Onara Gorou) – the director of the anime. Pikotarou also voices every character within the show. 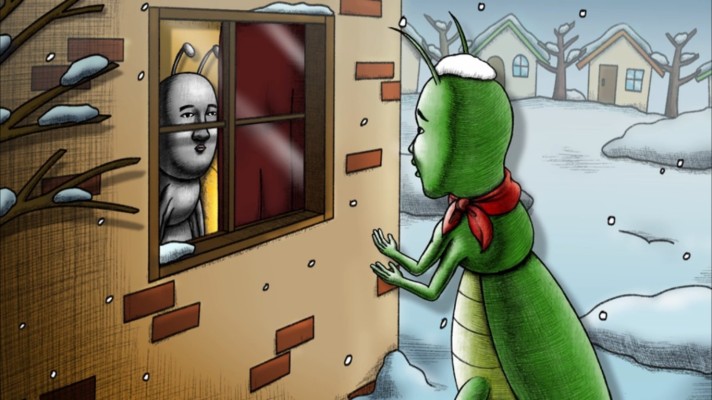 Now, I know what you’re thinking: why? I’ve had a bit of a liking towards Pikotarou (also known as Daimaou Kosaka) since he released his single PPAP (Pen-Pineapple-Apple-Pen). I don’t known why exactly, but I can’t listen to either PPAP or another of his singles, I Like OJ, without smiling like the Cheshire Cat. So, bearing this in mind, of course I was going to check out his anime. And you know what?

I won’t go into too much detail as I don’t want to spoil it for you, but I will talk you through what the show actually is.

The show is consistent with Taniguchi’s other works. It has the exact same art style. It’s a three minute short. It’s well…bad. But this is so bad, it’s good. As of writing, it’s currently rated 5.24 on MyAnimeList, but no one has actually left any reviews giving criticism or anything. Why not? Because it’s probably not worth their time to do so. Less than 2,000 people are giving it attention on there after all.

So, if it is so bad, how is it good? Easy. It’s silly. It is plain silliness with daft humour that makes it the perfect combination. I laughed the entire way throughout the first episode. For the entire three minutes, I was in hysterics. It follows the story of an ant and a grasshopper and, although it sounds like a fable, it takes corners I didn’t think it would and it became a wonderful masterpiece.

Then comes episode two where I was confused as I would be if I suddenly entered a room full of mirrors or something. I was confused, yet I still found myself in hysterics, even if my only thought was: “What the **** just happened?!” According to others, it gives a nod towards DragonQuest and the ./hack games, but I’m clueless to how intentional this was or whether it was just the viewers who had spotted this. Heck, this might not even be true at all.

As confused as I was and as stupid as the show is, I’m here demanding more. I searched the internet to find the third episode only to learn that it only premiered on August 2nd and therefore only has two episodes out anyway. However, what I did learn was that Crunchyroll is simulcasting it so I now know exactly where to find my weekly dose of Pikotarou when I need it.

This isn’t a serious show and I’m not going to be writing a serious piece on this. Ever. This is it. And I’m not going to be giving it a rating either. Why? Because this is all just a bit of fun at the end of the day. But, if you enjoyed the stupidity of PPAP, for example, be sure to give this a go – it’s definitely something you don’t want to miss out on.

One thought on “The Hidden Gem of This Season?: Pikotarou’s Lullaby Review”