It’s common during December to start reflecting on the past year. Twelve months is a short amount of time, but so much can be packed into it. Even in the world of anime and within the blogging community, we can look back on the good things and the bad things; the happy times and sad times…

So, considering it’s Christmas Eve and I probably won’t be posting too much more content this year (although there is an announcement or two coming out on Boxing Day so keep an eye out for that!), I’ve decided to share you guys my personal reflection on 2017 with the help of a super cool infographic~

So, first things first – followers. Holy moly, guys, the difference from this time last year to today is ridiculous. In a good way, of course. Sure, I’m not the biggest blogger in the world, but I’m still super proud of the following I have managed to gain. You’re all super sweet and supportive and I appreciate each and every one of you! One of my aims for 2018, of course, is to make this number even bigger, but it’s definitely not a priority and it will be a challenge, but how cool would it be if by this time next year I hit the triple digits?!

Moving swiftly on to the anime side of things and, well, I was slightly disappointed at the fact that I only completed 24 entries this year. However, once I considered firstly how busy I’ve been and secondly how much anime I do watch but not complete because of my university’s anime Society, I wasn’t too surprised. I was saddened again, though, by how many of these entries I actually reviewed. Sure, I can’t really blame my hectic schedule all the time, but it’s definitely a big factor. I’ll be playing catch-up with these shows soon, so keep an eye out! 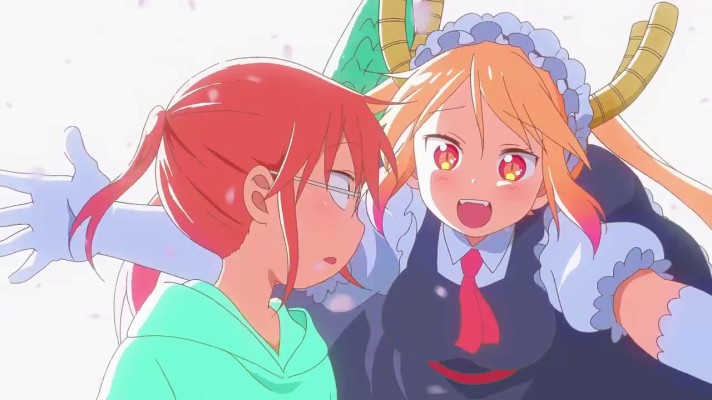 There were plenty of shows and movies that I enjoyed this year, depsite some of the ones I’ve mentioned not actually being released this year. I enjoyed the wholesomeness of Miss Kobayashi’s Dragon Maid, the lovely family show of Amaama to Inazuma, the historic World War 2 film In This Corner of the World and others of which I haven’t actually reviewed or mentioned on this blog yet such as Empire of the Corpses and Wolf Children.  However, saying that, I’ve also got a lot of leftover shows that I will definitely be priortising in 2018.

Yuri!!! On Ice is a show that needs no introduction, however I am probably one of just a handful of anime bloggers that hasn’t seen any more than the OP. The ice-skating anime, although a 2016 show, quickly became more of a priority on my 2018 watch list after tuning into LitaKino’s latest live stream – I promise it’ll definitely be watched after the Winter exam season! SukaSuka (also known as WorldEnd) was definitely on my radar this year but sadly I wasn’t able to watch anything more than the first episode. The first definitely captured me, however, and I can’t wait to watch the rest of the series. 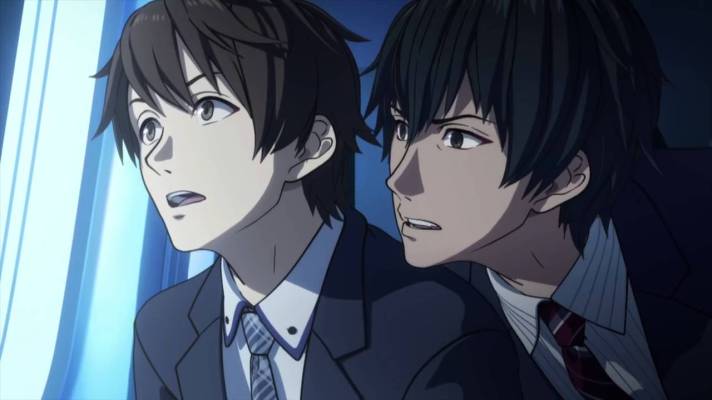 Seikaisuru Kado is probably the most questionable one on this list. It’s probably the one that has the most varied reviews and definitely divides people within the anime community, however I watched the prologue and the first episode and absolutely loved it. Having not really seen much coverage about it either, and having avoided spoilers really well when it was airing, I’m super curious as to what actually happens and how it all plays out, so definitely expect a review of that early 2018 as well! Tsuki ga Kirei is just a little underrated gem that aired this year, and whilst I did watch a couple of episodes, I just wasn’t able to continue watching it at the time.

As with many of the shows on my list, Supernatural: The Animation is a show that was shown once at my Society but quickly dropped, but if you ever wanted an anime version of the thirteen season long supernatural TV show, this is absolutely perfect and I will definitely be binge-watching this one before long.

As you can see from the little graph at the end of the infographic, I have got plenty of things to be watching and it’s one of my own goals for next year to be able to watch more anime than I did this year. Like I mentioned in a previous #12DaysOfAnime post – My 2018 Anime Goals – I’m going to make the best effort I can in cutting down my list somewhat. Nevertheless, there’s definitely a lot more content to come, so keep an eye out!

This post was written as the penultimate installment of my #12DaysOfAnime posts! #12DaysOfAnime is a challenge taken on by loads of anime bloggers, vloggers, podcasters and other people on many different platforms. We just have to post twelve consecutive posts about anything anime-related for the twelve days leading up to Christmas!

Keep an eye out for my other posts that will be a part of the #12DaysOfAnime Challenge! These will cover a variety of topics such as anime reviews, conventions and much more, so there’s going to be something a little different every day!

Hope to see you around!