Imagine a world where humans and demi-humans co-exist. They go to work, they go to school… They’re like just like humans, really, but people always point out their differences. Quite frankly, this is a scenario that a lot of us should be familiar with.

Takahashi Tetsuo is a high school biology teacher, fascinated by demi-humans. Upon the start of a new school year, he is introduced to not just one demi-human, but four! These include the air-headed vampire, Hikari Takanashi, as well as a dullahan, a yuki-onna and a succubus. By spending time with them, Takahashi begins to learn more about the demi-humans whilst also helping them to manage their differences and settle into high school life. 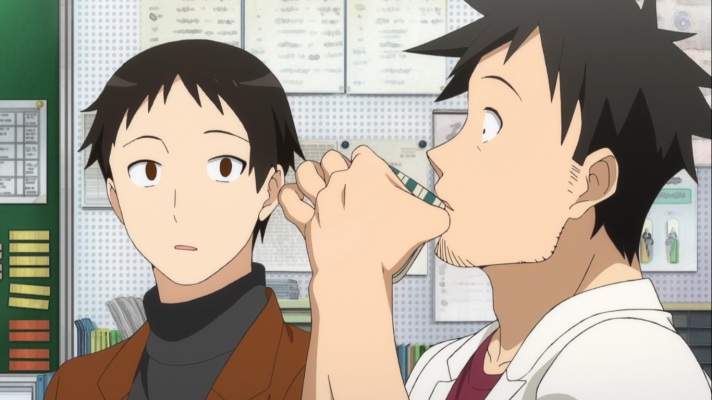 Okay, so, really, the thing that intrigued me into watching this show was the demi-human aspect, which is fine, considering that’s the main theme of the show. However, at its core, Demi-chan is still your typical school anime.  They have the same themes; bullying, enforcing discipline, cute girls doing cute things… So, really, the show may have some trouble trying to get out there. What makes this so different from the other school anime? I would argue that a lot of what makes Demi-chan different are two things that I really appreciate in anime: character development and world development.

I have seen a lot of shows, take Wakaba*Girl for example, that just don’t go into detail about the characters. They introduce them and that’s that. That’s their personality, we’re going to stick with that for 12 episodes with absolutely no development whatsoever. This is where Demi-chan is different. We get to know things such as why Hikari is always late, how a succubus manages relationships… It’s never adding in a scenario just for the sake of it – to laugh at the character just for the sake of it. It continuously adds character development right until the very end, something which I really did appreciate to see.

As for the world development aspect, the show immediately opens up with the setting. It explains how the demi-humans and humans exist together, it goes into how the demi-humans are discriminated against, how they have a welfare system… Sure, much of this is within the first episode, but they didn’t have to include it. They could have just plopped the characters there for the sake of it, but I’m glad they didn’t. The show also features a couple of episodes outside of the school environment, further developing that whole world environment. Considering the show doesn’t have a complex plot, it certainly makes an effort to show off and it is certainly received positively.

The characters themselves are pretty fun. They all have different personalities, but they also all seem to bond so well. Hikari, for example, is an energetic vampire who likes cold places. Machi, the dullahan, on the other hand, is quite shy and likes to stay close to the people she’s close with. It’s the similarities and contrasts between the characters that really make this show a pleasant one to watch. 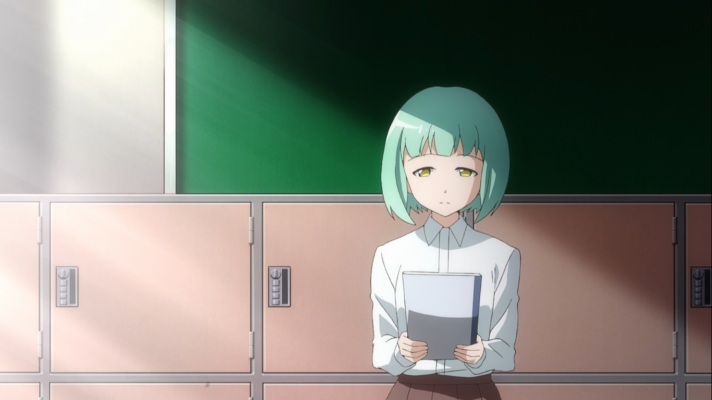 The show is definitely one that’s bright and colourful. A-1 have done a fantastic job in not only capturing the mood perfectly all the time, capturing the perfect facial expressions for each character, but they’ve done a great job with all of the visuals, particularly where Machi is concerned. Machi is arguably the least ordianry looking character in the show, but her uniqueness is captured brilliantly, with lots of quirky movements that display the many inventive ways in which the show can express the relationship between her head and body. The show really did project a great message in saying that they, the demi-humans, are able to live in a human society despite their differences in appearence.

Sure, the comedy aspect might not make you howl with laughter, but you are guaranteed to smile at some point within the show. The innocence of the demi-humans and their interactions with one another and Takahashi is just so wholesome – it’s hard to not smile at them. Some of the interactions, however, do have small elements of fanservice in them, often creating a slight harem vibe rather than a slice-of-life vibe, but it is possible to look beyond that and still enjoy the show. The show isn’t at all affected by these interactions. 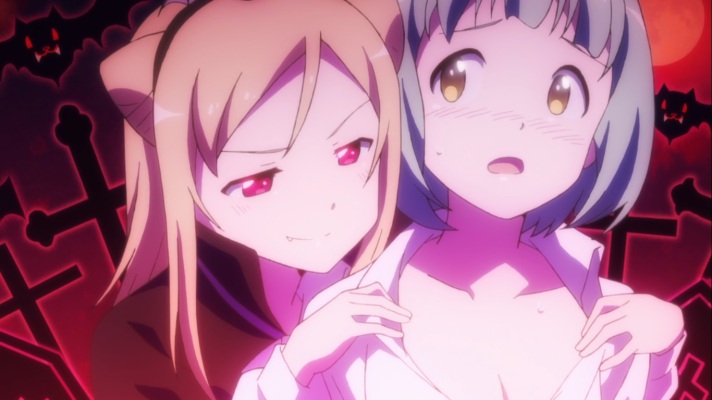 The voice actors in Demi-chan performed brillinatly. Each and every one of them managed to bring the characters to life – Junichi Suwabe (Akatsuki no Yona, Fate/stay Night) doing a great job as Takahashi and, my personal favourite, Yoko Hikasa (Danganronpa, High School DxD) was a perfect choice for Satou-sensei, the succubus of the show. The OST of the show is also lovely, capturing the emotions of each part of the show brilliantly. From orchestral pieces to the acoustic guitar sound, there’s a piece that suits every mood within the show. The OP is probably one of my favourites from the Winter 2017 season (along with Kobayashi’s Dragon Maid) and I simply love the piano in the ED.

Overall, Demi-chan is a lovely little show. It’s enjoyable to watch (and it’s an easy watch too!) with such great thoughtfulness within each episode, as well as light-hearted comedy. Sure, the show might have some problems with the sort of vibe it’s trying to produce, and it might take a couple of stumbles here and there, but at its core, the show is an incredible watch with a great message about discrimination. My main disappointments with the show is that it doesn’t really have a course of direction, nor a conclusive ending, but they certainly didn’t impact my enjoyment of it too much.