March 8 is International Women’s Day! So, what better way is there to celebrate it by paying homage to my favorite females in anime? Exactly what I thought! So, here are my top five female anime characters!

Before we start, I think I must clarify something. These are characters I wouldn’t usually talk about when it comes to “best girl” discussions. They’re not my ultimate favorites, but that doesn’t mean they’re not in my favorites! There’s also only so many times I can praise my actual best girls, so let’s give some credit to some other female characaters that I should probably talk about more than I already do and who deserve to receive praise on a day like today!

Please note that this review may contain spoilers for Fullmetal Alchemist, Sailor Moon and Kuroshitsuji. Please take this warning into account before you start to read the descriptions!

5) Haruhi Fujioka – Ouran Highschool Host Club
Haruhi is the main protagonist of this comedic high school romance harem show, sure, but she’s definitely not the typical female protagonist. Ouran was the first anime I completed, so Haruhi’s character certainly has stayed with me for the past seven years. She makes the list of my top five female characters as her personality is just so down-to-earth and genuine. Her attitude to a plethora of things is really what I like about Haruhi. Both in the anime and the manga, Haruhi’s attitude allows some really important messages to shine through. She may be a commoner, Tamaki, but she’s definitely wise! Moral of this one: don’t judge a book by its cover. 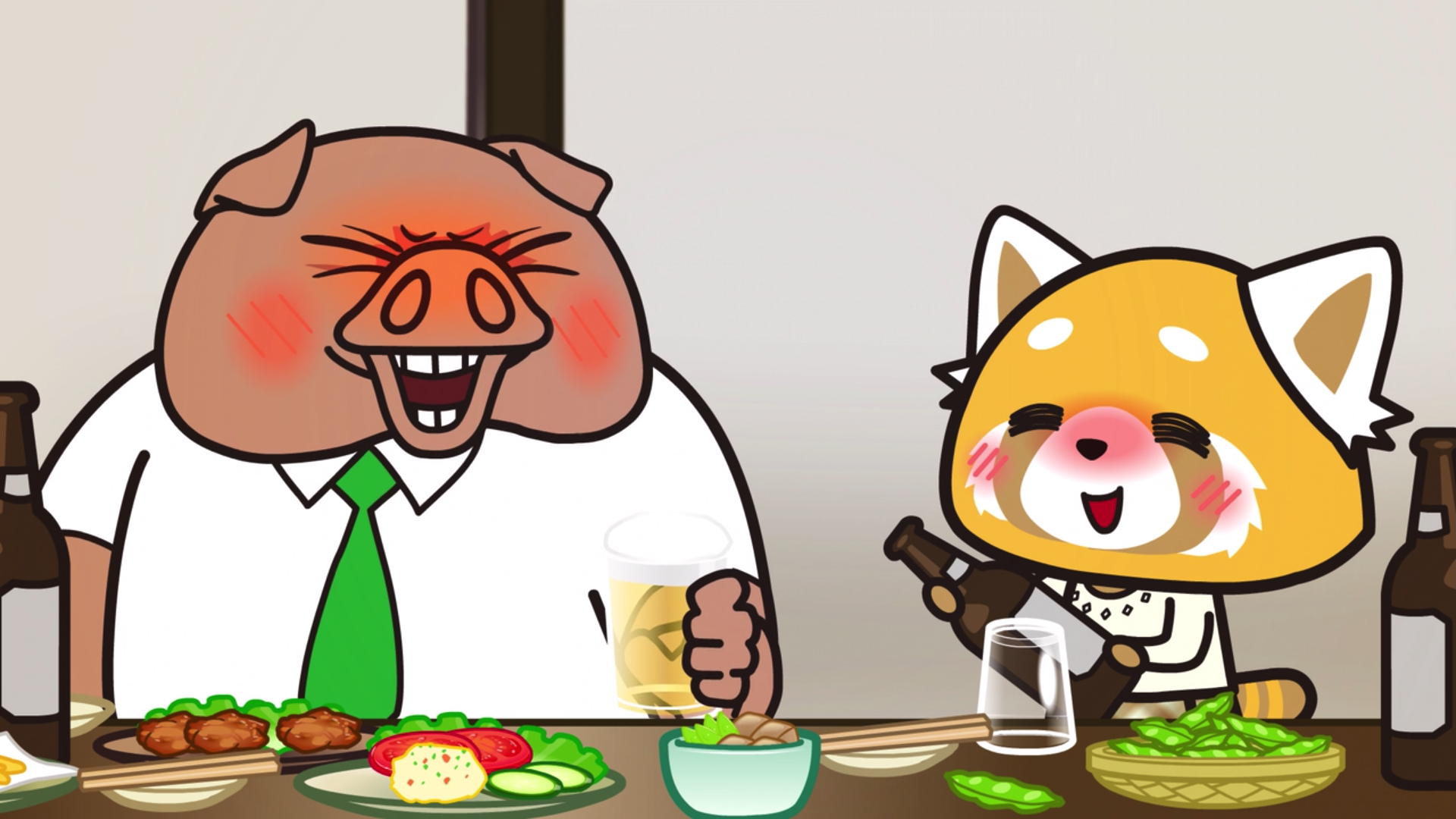 4) Retsuko – Aggressive Retsuko
She may be a red panda, but that doesn’t matter! Retsuko is definitely a relatable character for a lot of people in the workplace, including myself. Sure, I don’t work in an office like she does, but some of the scenarios within the show are definitely ones that happen in my own workplace too! I’ve already praised Aggretsuko a lot here, but I still stand by what I said about how important the show – and therefore the character of Retsuko – is, especially for employed women in Japan. I also relate a lot to Retsuko when we take into account her personality (her being quite shy yet bubbly at the same time) and I think that’s why she made such an impression on me.

3) Riza Hawkeye – Fullmetal Alchemist
Lieutenant Riza Hawkeye is certainly a badass. As bodyguard for Roy Mustang, of course, this is to be expected. Her attitude to her work is something I admire. She show such dedication and passion for her role in the military and she isn’t exactly afraid to say what she truly thinks, especially when talking to Roy. However, Riza also does a softer side and it’s this balance of badass with her softness which makes me love Riza. I loved watching her interact with the Elric brothers and the younger characters! Riza’s goal in the military is to simply protect those who she loves and holds dear and it’s her protectiveness that I admire the most. We all want to protect our dear ones after all, right? 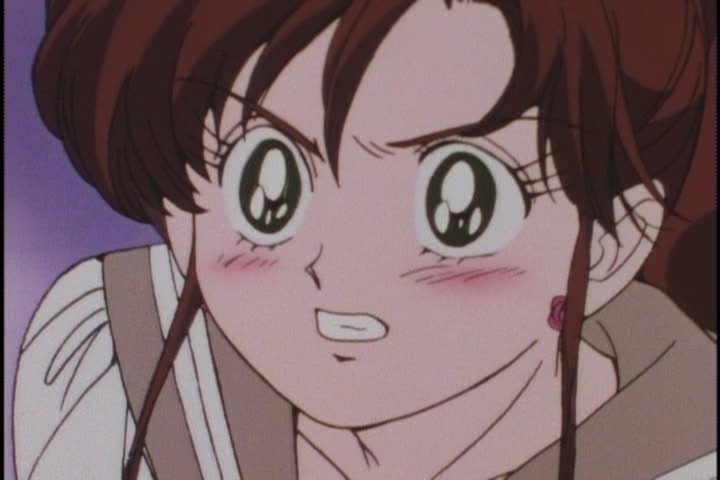 2) Makoto Kino – Sailor Moon
Okay, so perhaps I’ve only just finished the first season of Sailor Moon, but it’s certainly clear to me that Makoto Kino – or Sailor Jupiter – is a great character. Why? Well, she’s a strong, independent young girl, which, quite frankly, makes a nice change in Sailor Moon when you consider how much other characters depend on others. Originally depicted in the show as a delinquent, Makoto’s strength and role as a Sailor Guardian plays a huge part in the battles against the Dark Kingdom and, seemingly, in everyday life. However, Makoto is also a gentle soul and also enjoys activities such as cooking. Makoto also becomes quite close to Usagi and the other Guardians, acting as an older sister figure a lot of the time and often gives advice to them. Realistically, Makoto would make an amazing friend for anyone, in my opinion, and that’s why she makes the list! 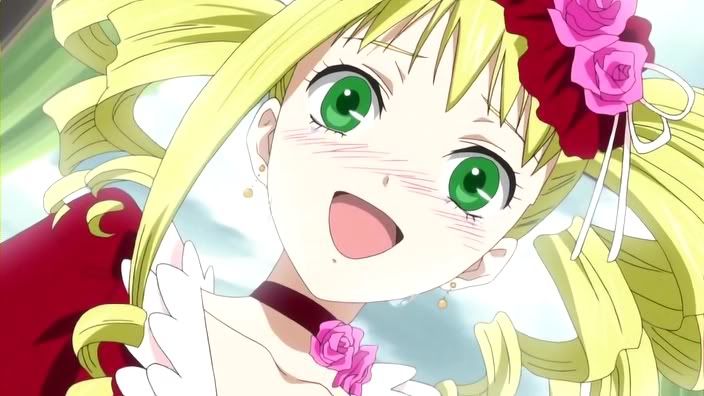 1) Elizabeth Midford – Kuroshitsuji
Now, for a lot of people who have watched the show, this may be a surprise. That is, unless, you’ve also seen the Book of Atlantic movie or have also been keeping up to date with the manga. For a lot of people, Lizzy is a character who is, well… annoying. And I’ll be honest – she was annoying to me as well, for a long time. I did think she was cute and I was jealous about her pretty dresses, but that was about it. But as soon as I began to delve into the world of Kuroshitsuji a little more by reading the manga, my impression of Lizzy soon changed. This is made explicitly clear in the Luxury Liner arc. Now, this is by far not my favorite arc in Kuroshitsuji (there are definitely better ones!) but I will say that the character development in this arc is out of this world. We learn so much about so many characters, but there is a lot of focus on Lizzy. Why? Because she’s so cool! Her skills with a sword are mind-blowing and it just goes to show that us females shouldn’t confined to look or act like a certain way. We can be cute and badass at the same time and that’s okay! I would love to see more action from Lizzy in the manga soon, but we’ll have to see about that, won’t we, Yana Toboso?

Alrighty! So, that was my top five female characters in anime! My question for you guys is quite simple – who are your favourite females? Let me know in the comment section below!

Vector of Riza Hawkeye used in featured image by PapaFui.