I really do like finding cute little romantic stories. Something easy to watch, something wholesome to watch after a stressful day or after watching something not-so wholesome. So, when I found Sono Toki, Kanojo wa. last season, I thought I had hit the jackpot. 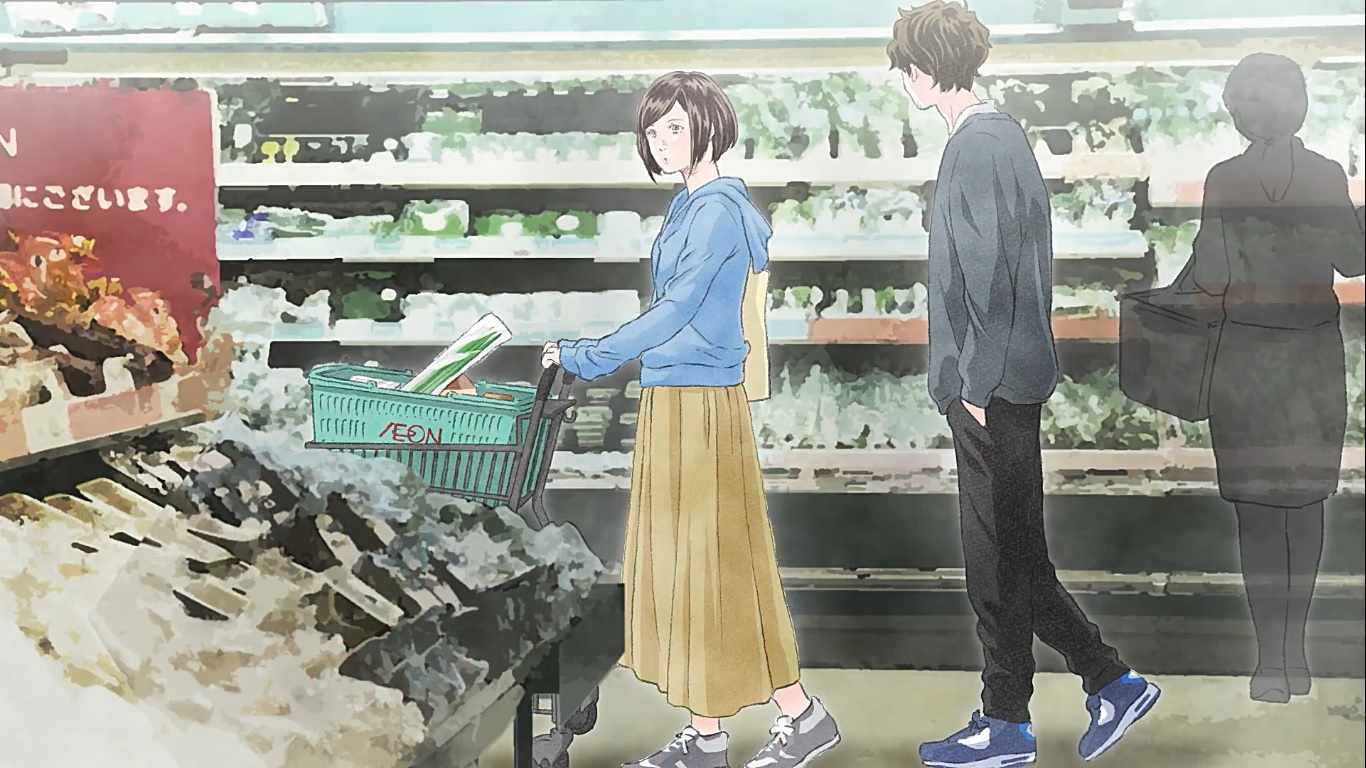 The synopsis is quite simple. The anime is set in Fukuoka and follows the lives of four protagonists in their daily lives as high school students, college students and as working adults. That’s it. Like I said, it’s quite simple. But it’s this simple synopsis and the simplicity of the themes of the series that made me attracted to it in the first place. Not to mention that the series is, in fact, a series of shorts – each episode is only three minutes long.

Now, usually, I would say that each episode being three minutes long is a disadvantage. It allows for no character development, no plot development, no world building etc. etc. However, that’s not how I feel about this series. In actual fact, Sono Toki suits the three-minute episode length perfectly. There isn’t character development so to speak, but there is a little bit of plot development in each episode and, as the viewer, you are still able to sympathize with the characters. The stories all focus on love and relationships and the series shows the ups and downs of these relationships. It’s realistic. There are no massive, over-dramatic arguments, which was lovely to see. The story kept everything simple and realistic and this really does add to the charm of the show. 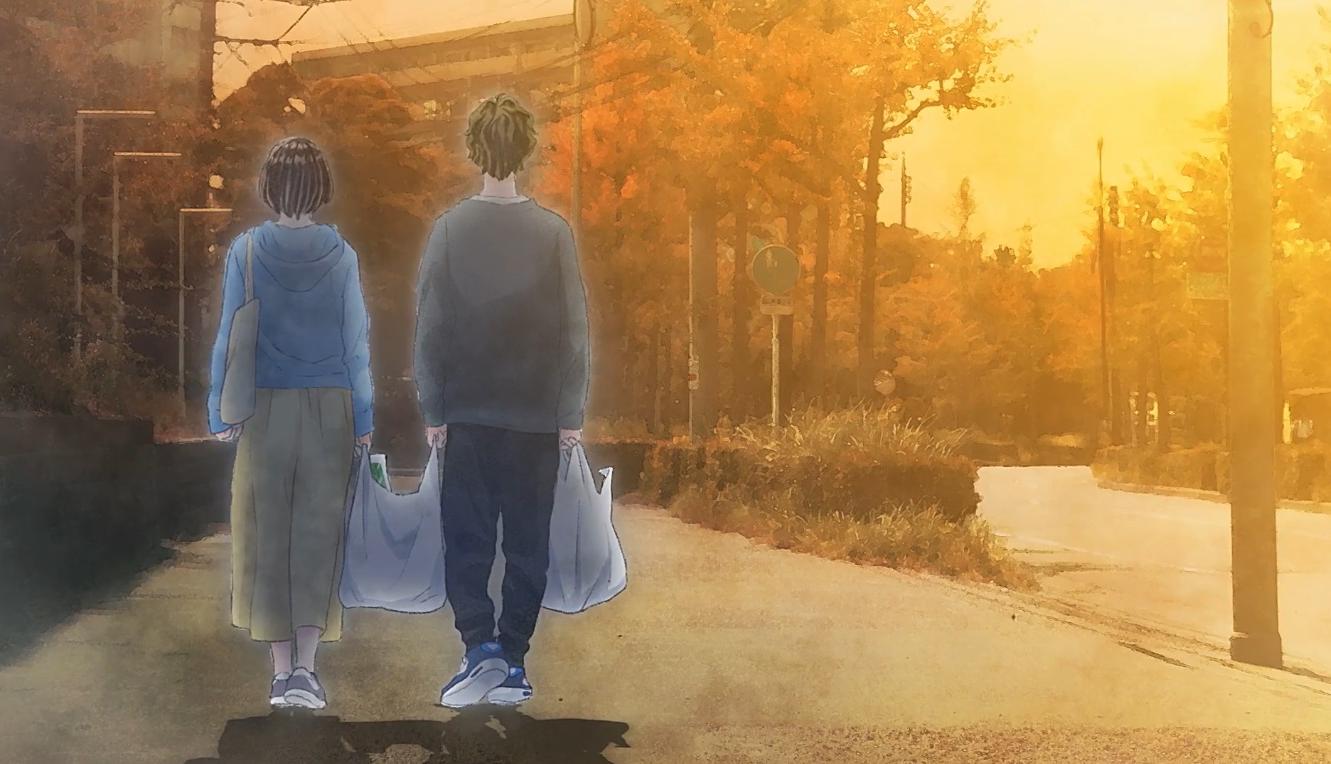 What I loved the most about this series, though (and perhaps controversially), was the art style and animation. The entire show is portrayed in a sketchbook style which was a pleasant change from the usual animation we’re all used to seeing in anime. Not only that, but it also uses elements of rotoscoping, I believe, which added a sense of realism to the animation to match the realism of the story .*  A lot of people seemed to complain about the art style of the show, but I could find no fault with it, personally. It was different and I liked it.

Sound-wise, Sono Toki was, again, fine. The animation may be quite simple, but the show definitely comes alive with the use of sound effects that are typical of everyday life – coffee shops, birds etc. The majority of the voice actors are new to the scene with this show being the only show they’ve done. The most experienced voice actor involved in this show is Uchida Maaya who was the voice of Riika in Chuunibyou demo Koi ga Shitai!, Irina from High School DxD Hero and who voices Norman in this season’s Yakusoku no Neverland. There’s no OP to comment on, but the ED is actually a cover of a slightly older J-Pop song from 1997. Maji de Koi Suru 5byou Mae, originally sang by singer and actress Ryoko Hirosue, is covered by Mei Fukuda who also voices one of the characters within the show and it’s definitely a song that suits the show’s tone very well. 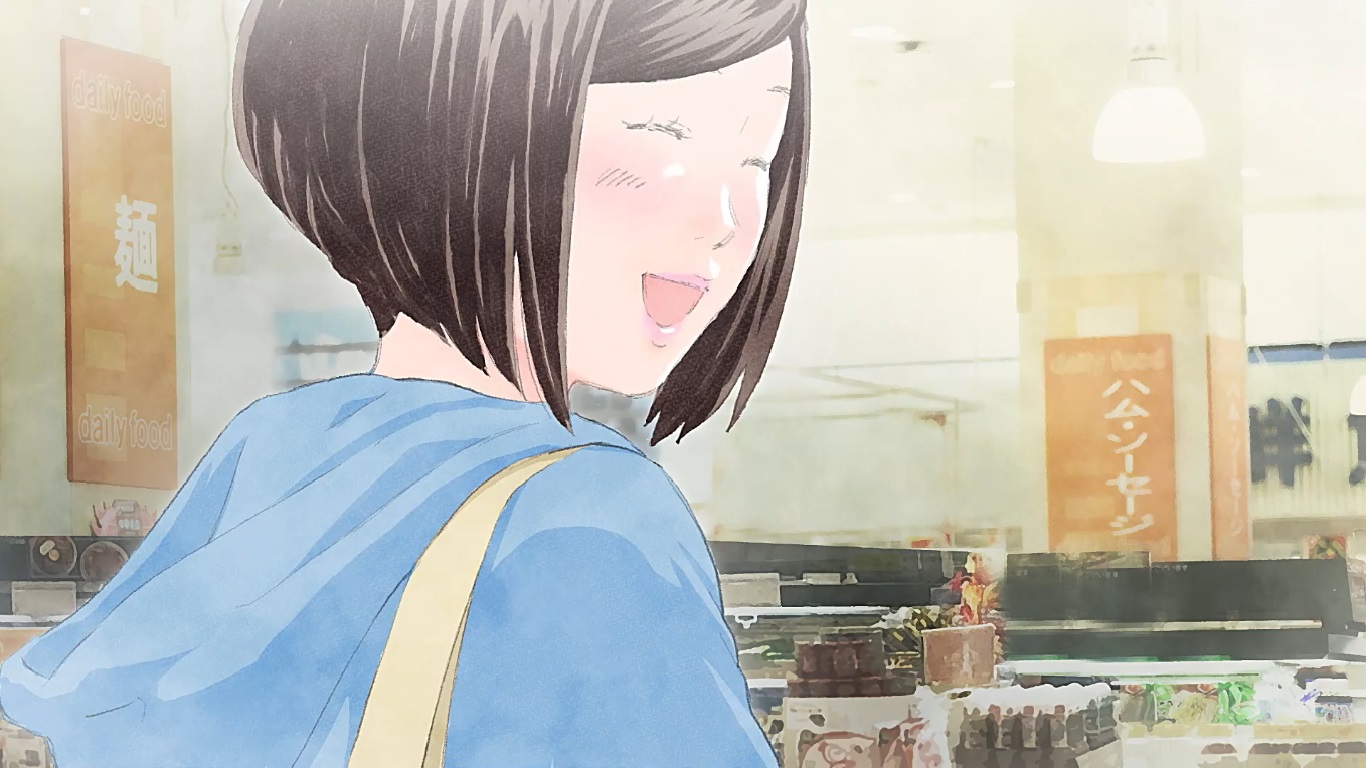 Sono Toki is most definitely classed as either an indie project or at least a low-budget project. It is Susumu Banba’s directorial debut, the director of photography’s first work and the sole show by the studio MASTER LIGHTS. There weren’t too many involved in this project, but the work of Eisaku Kubonouchi (the original creator) in this series has got my attention. In the past, he has been the artist and author of a couple of different manga, and his work is certainly getting more recognition as he is the original character designer for next season’s Carole & Tuesday.

In conclusion, then, Sono Toki is a cute little romance story that definitely deserves a little bit more credit. Sure, it’s not the best show to ever exist, but it’s really nice to watch for a change of pace. Many people don’t seem to like the art/animation style, but I do think this more stripped-back and sketchbook style is perfect for the pacing and the story of this series. It might not have been what I or other people expected, but is what it is. It’s simple and just nice.

* Please feel free to correct me if I’m wrong!