Androids Have Feelings Too!: Eve no Jikan Review

Eve no Jikan (or Time of Eve, if you wish to use the English title) is set in a futuristic Japan where android housekeepers have become quite common. These androids must abide by the Three Laws of Robotics and are treated the same way as normal household appliances. This is due to the influence of the Robot Ethics Committee, but there are a few “android-holics” who have a passion for these androids and who are shunned by the general public. Rikuo Sakisaka was brought up with the knowledge that these androids are not human and accepted society’s view of them. However, everything changes when he finds an unusual message within the activity logs of his android, Sammy, and he soon discovers Eve no Jikan – a café with only one rule: make no distinction between humans and androids. 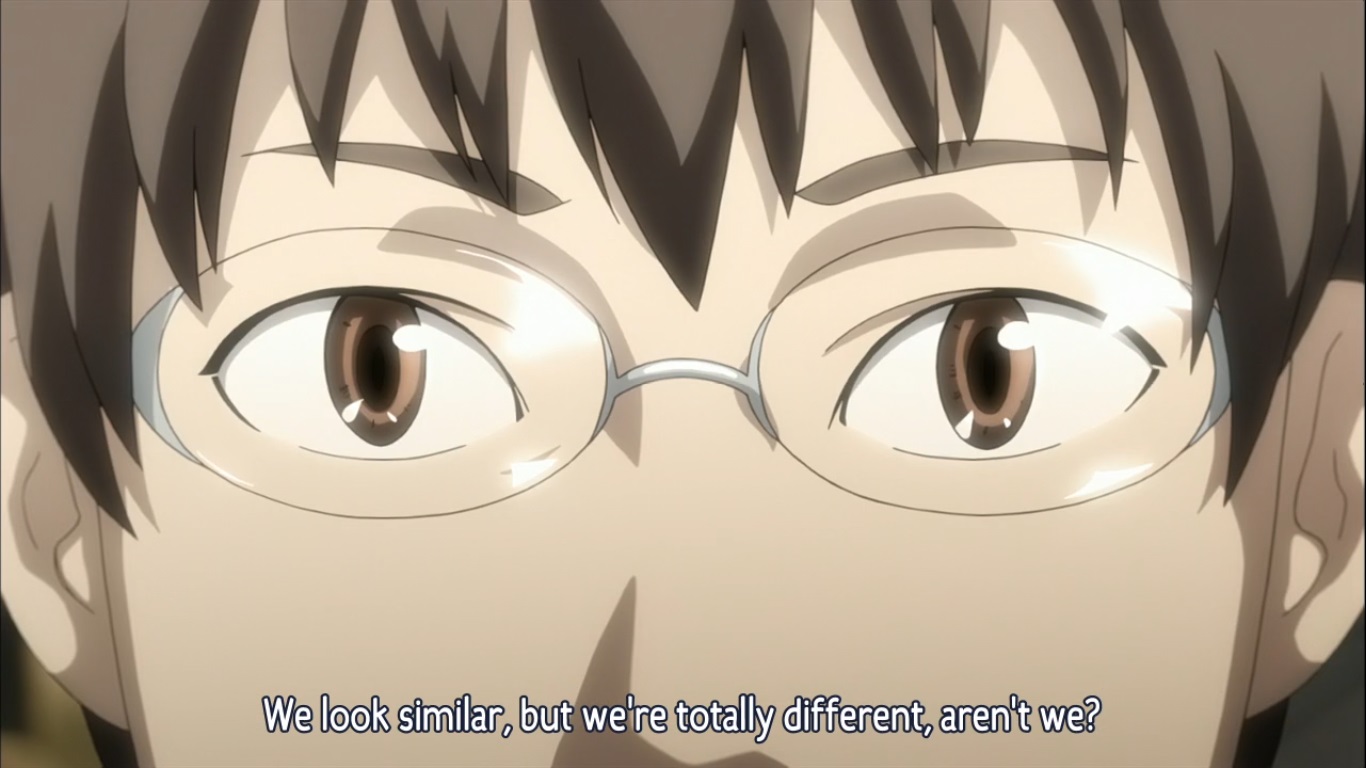 Now, we like to discuss anime with important themes and messages here at A Girl & Her Anime. In the past, discussions on gender equality have come up thanks to Aggretsuko, the inclusion of LGBT relationships in Asagao to Kase-san and now it’s time for the discussion of perhaps the more broad topic of discrimination. Broad, maybe, but still just as important, for this is still, unfortunately, an issue that’s relevant for today’s society for many different people.

Eve no Jikan focuses on the more subtle types of discrimination. There’s no violence, no fighting, but there is the concept of “the other”. From a social perspective, “the other” refers to the way(s) in which one group may exclude or marginalize another. The concept of “the other” can be seen in every single culture to have existed and it’s very clearly shown in Eve no Jikan – characters are often say things along the lines of “Why do you care? They’re just androids.” Unlike other pieces of science fiction which tend to take a more heavy, often potentially exaggerated, violent approach of beating up the androids, it certainly is nice to see the more casual racism being used as a message for once. 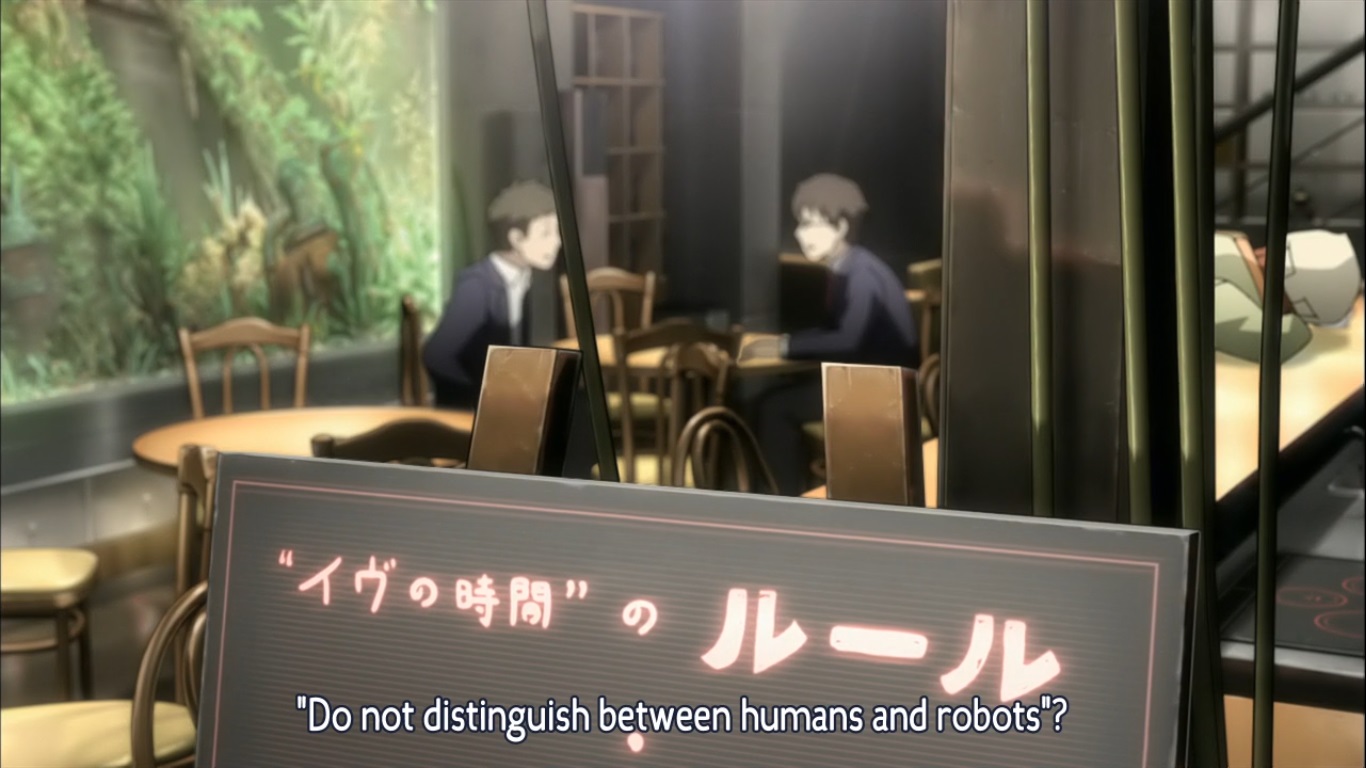 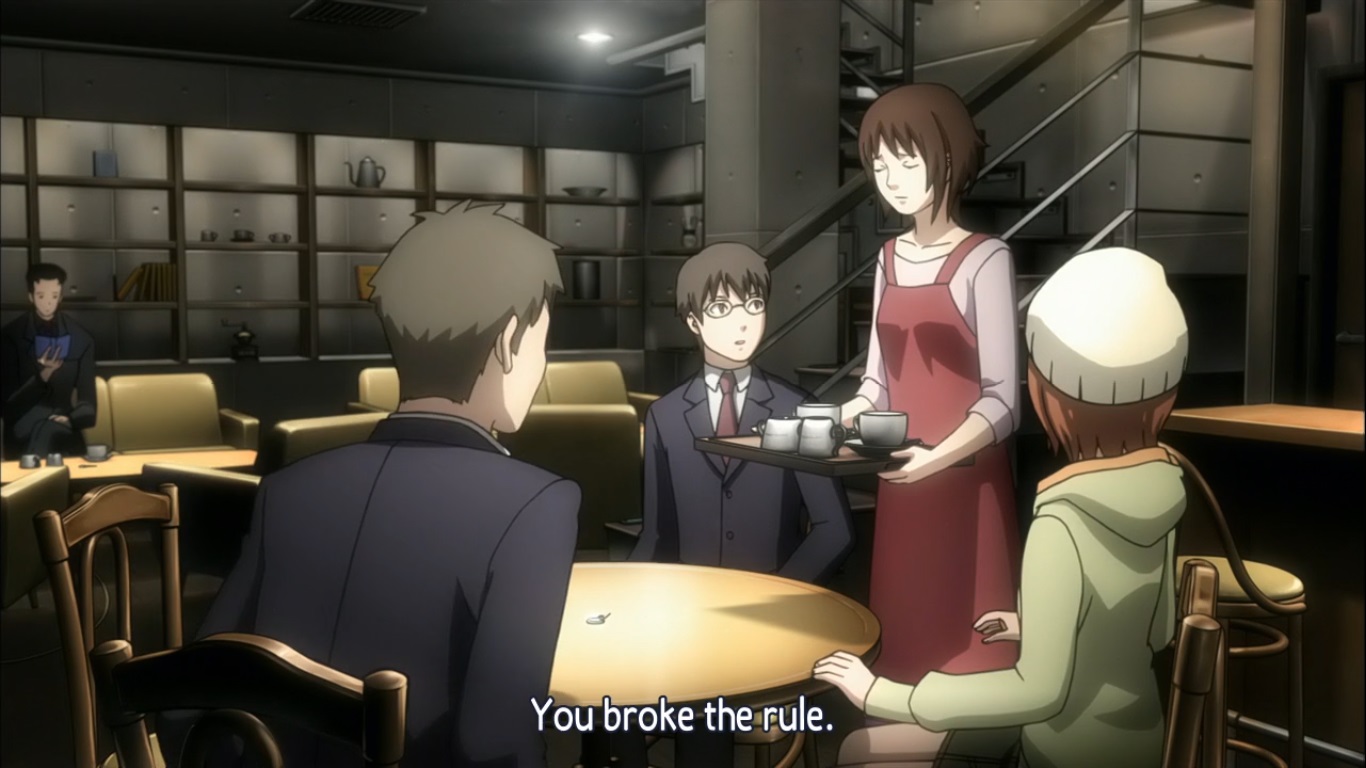 What I like the most about Eve no Jikan is how it deals with such an important message in such a short amount of time. It’s shorter than your average anime series, with most episodes being just short of 20 minutes. The last episode is half an hour, sure, but the series is only six episodes anyway, so it definitely won’t take you long to watch this, especially considering how they leave each episode with questions in your mind that you want to be answered immediately!

Another thing that I find absolutely positive about this short series is the animation. Sure, CG is involved so that might put people off, but it is the nicest and smoothest animation I have seen in any series that I’ve seen so far, which arguably is due to the handheld camera movements that they have simulated really well. Really, I may even go as far to say that the animation is actually movie quality, which wouldn’t be too much of a stretch actually, considering the studio – Studio Rikka – mostly focus on movies and single-episode OVAs. Sci-Fi seems to be Studio Rikka’s speciality as well, considering that they collaborated with Purple Cow Studios Japan to make the well-received Patema Inverted in 2013. Sure, Eve no Jikan was made four or five years before Patema, but the quality is certainly among the same lines. 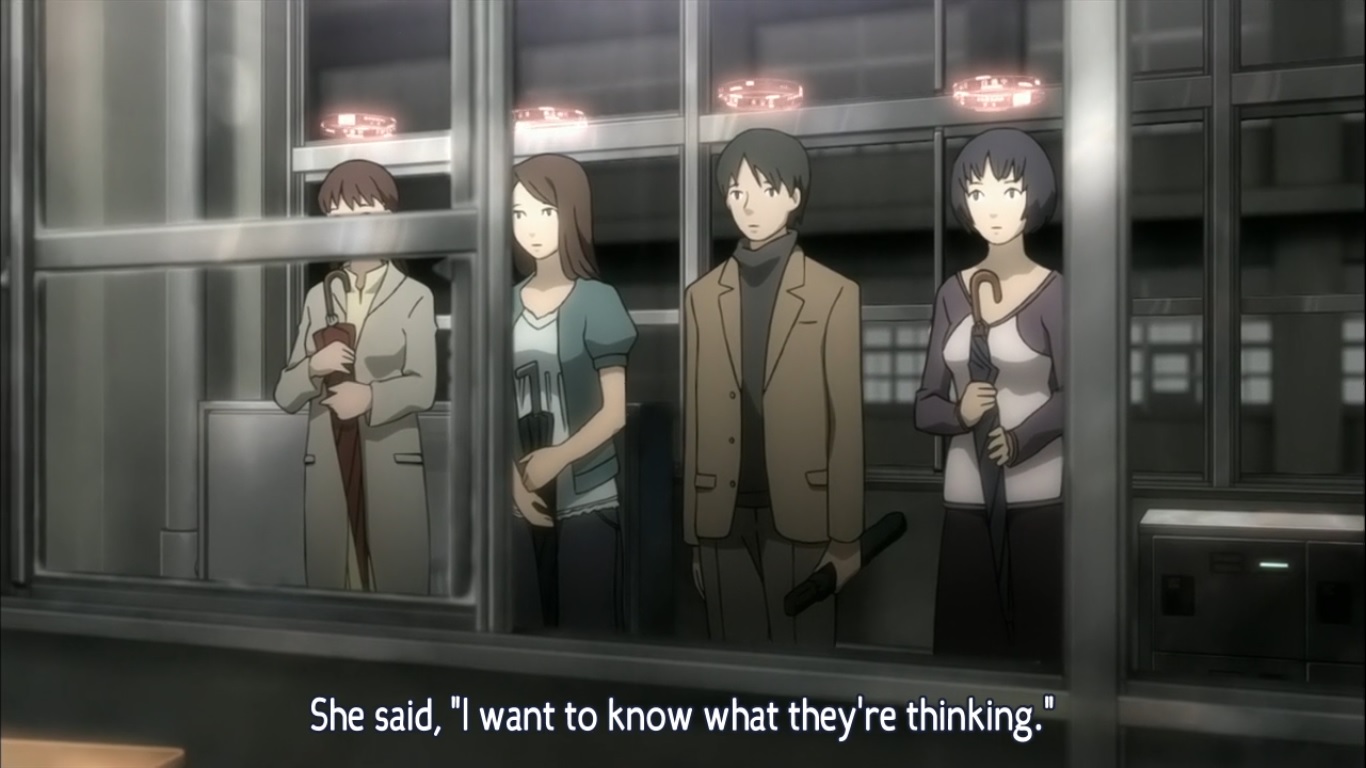 The soundtrack doesn’t really stand out to me, personally, but it definitely set the mood for each part of the show and made everything blend together perfectly. The series, however, does have a plethora of voice talent. Within the four main characters, we have voices from Tanaka Rie (Lacus Clyne from Mobile Suit Gundam SEED, Neptune from Hyperdimension Neptunia), Rina Satou (Rei Hino from Sailor Moon Crystal, Mikoto Misaka from Toaru Majutsu no Index), Jun Fukuyama (Lelouch from Code Geass, Koro-sensei from Assassination Classroom) and Kenji Nojima (Mamoru Chiba from Sailor Moon Crystal, Taihei Doma from Himouto! Umaru-chan).

Eve no Jikan is definitely a lovely little show with a very important message and it was definitely something that I’m glad I’ve watched. I would definitely recommend it as a show if you want something a little different but also something that’s quick to watch.

Eve no Jikan is available to watch on Crunchyroll worldwide!