If there was one thing I was looking forward to the most from the Spring 2019 season, it’s the newest adaptation of Fruits Basket. And, oh my gosh, am I glad it’s finally here!

Fruits Basket, the original 2001 series, was one of the first anime I watched all those years ago when I was diving into the world of anime for the first time. Because of that, the series has a special place in my heart. I wanted to do something special to mark the new adaptation (and to basically just gush about the show each week), so I’ve decided to make the 2019 series the first anime series that I do weekly episodic reviews for. I am yet to figure out whether this is a good thing or a bad thing due to the number of episodes being unknown at the time I’m writing this, but, hey, you gotta challenge yourself sometimes.

It goes without saying that episodic reviews may contain spoilers, especially for currently airing shows, so if you haven’t already seen Fruits Basket (2019), please proceed with caution! 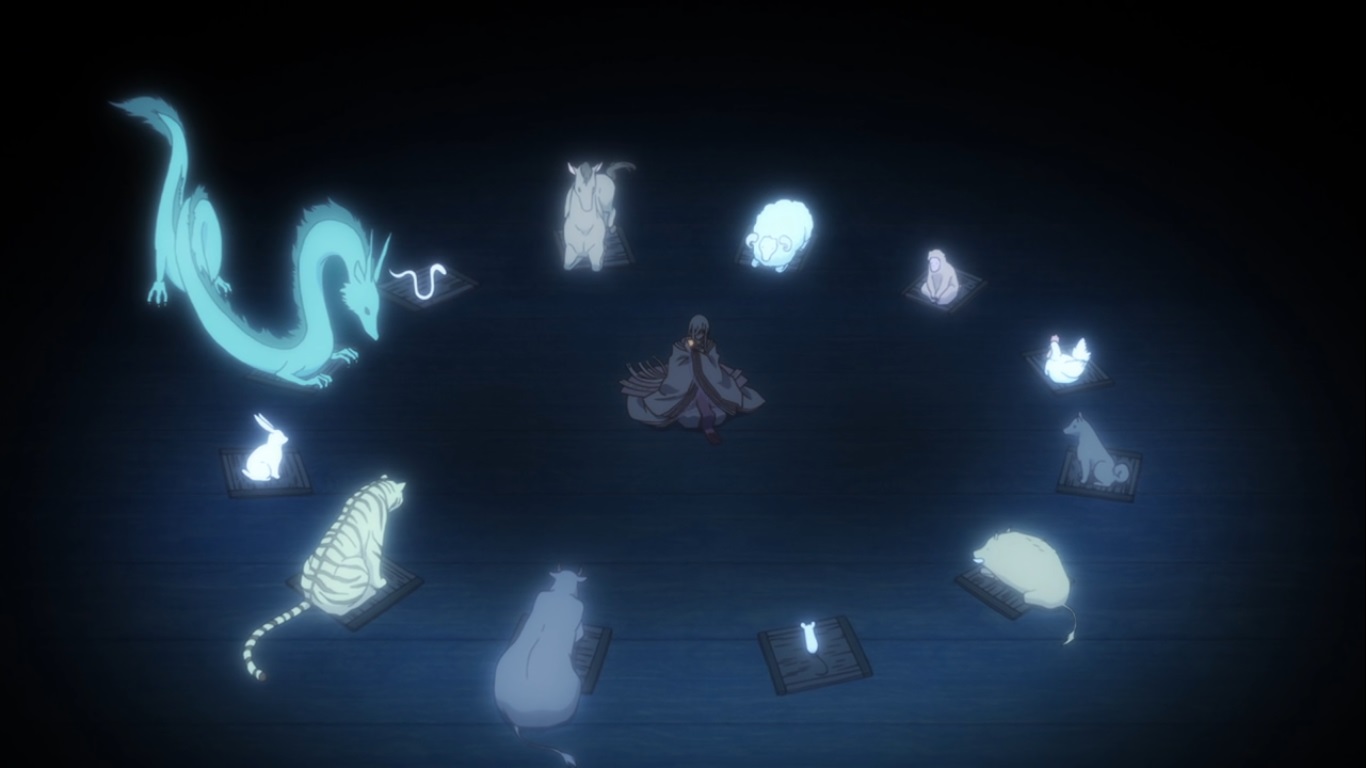 The story of Fruits Basket follows 16-year-old Tooru Honda who takes matters into her own hands after a family tragedy. She moves into a tent in a lovely scenic spot, however, unfortunately for Tooru, she pitches the tent on private land that belongs to the Souma clan and it isn’t long before the owners discover her secret. However, when the Soumas take Tooru in, she soon discovers that they have a secret of their own – when hugged by the opposite sex, they turn into the characters of the Chinese zodiac!

The anime begins with a very intriguing scene where the animals of the Chinese zodiac are surrounding a mysterious figure who speaks of banquets, memories and promises.  My Fruits Basket knowledge is a little too vague nowadays for me to be absolutely certain about the exact context here, nor have I read the manga which I presume this is a nod towards, but this definitely makes for an exciting scene in my eyes. I thought it encapsulated the magical vibes the series has quite well, whilst bringing to the forefront the darkness that the original series sort of hid a little. 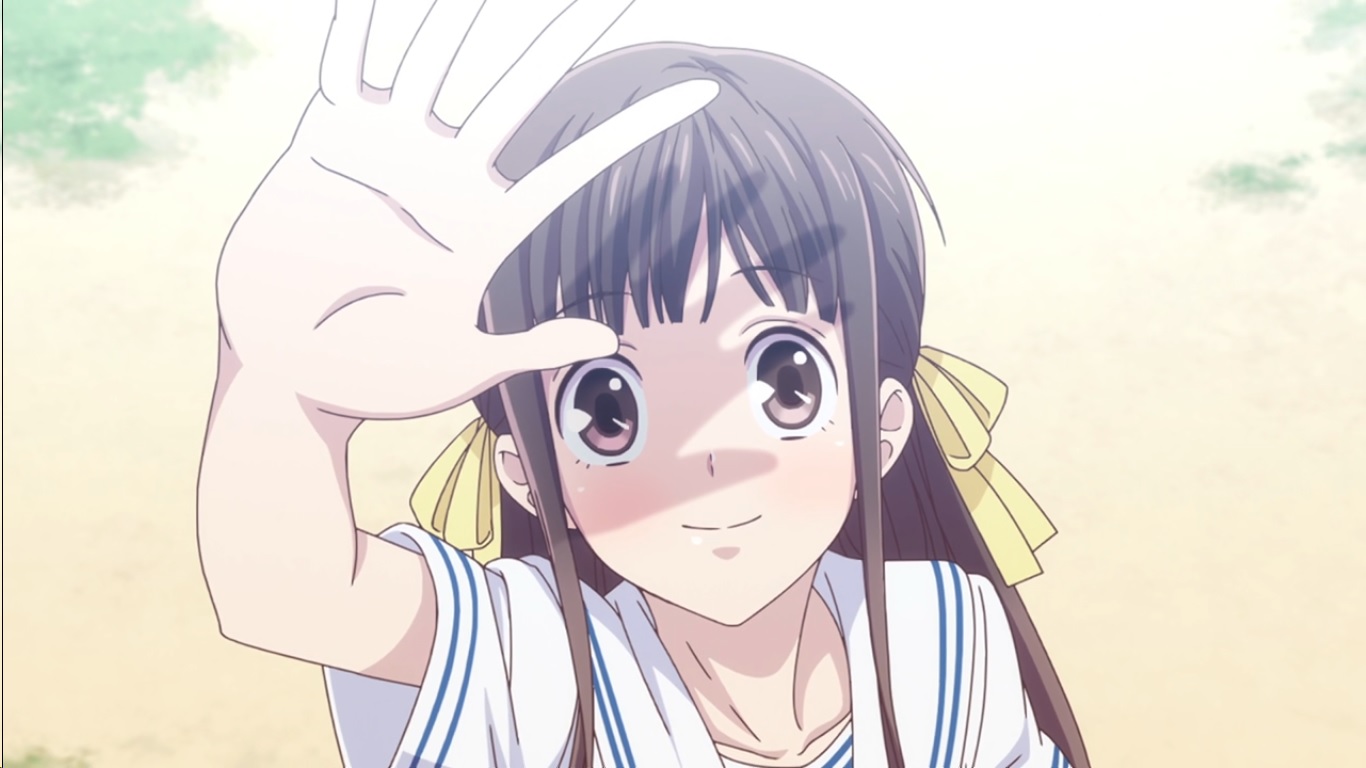 The next thing we see is Tooru in the bright September sunshine and, well, it was so refreshing to see! Sure, the animation style has changed slightly from the original series, but she is very much the same Tooru. There’s the same hair, the same uniform, the same contagious smile… Everything has just been brought up to date. The same applies for the other characters too. No dramatic changes in terms of character design. They just look more shiny and that, in my opinion, is completely fine.

One thing that I loved this episode is the fact that we were able to get so much back story. We got to know about the folktale that Tooru’s mum used to tell her all the time, the grievances she’s had over the years and also how she came to be living in a tent in the middle of the forest. They could have potentially left parts of this backstory out and left it for another episode, but they included all of it and it honestly sets up the show so well. We’re only one episode in and we already have a well-develop protagonist. 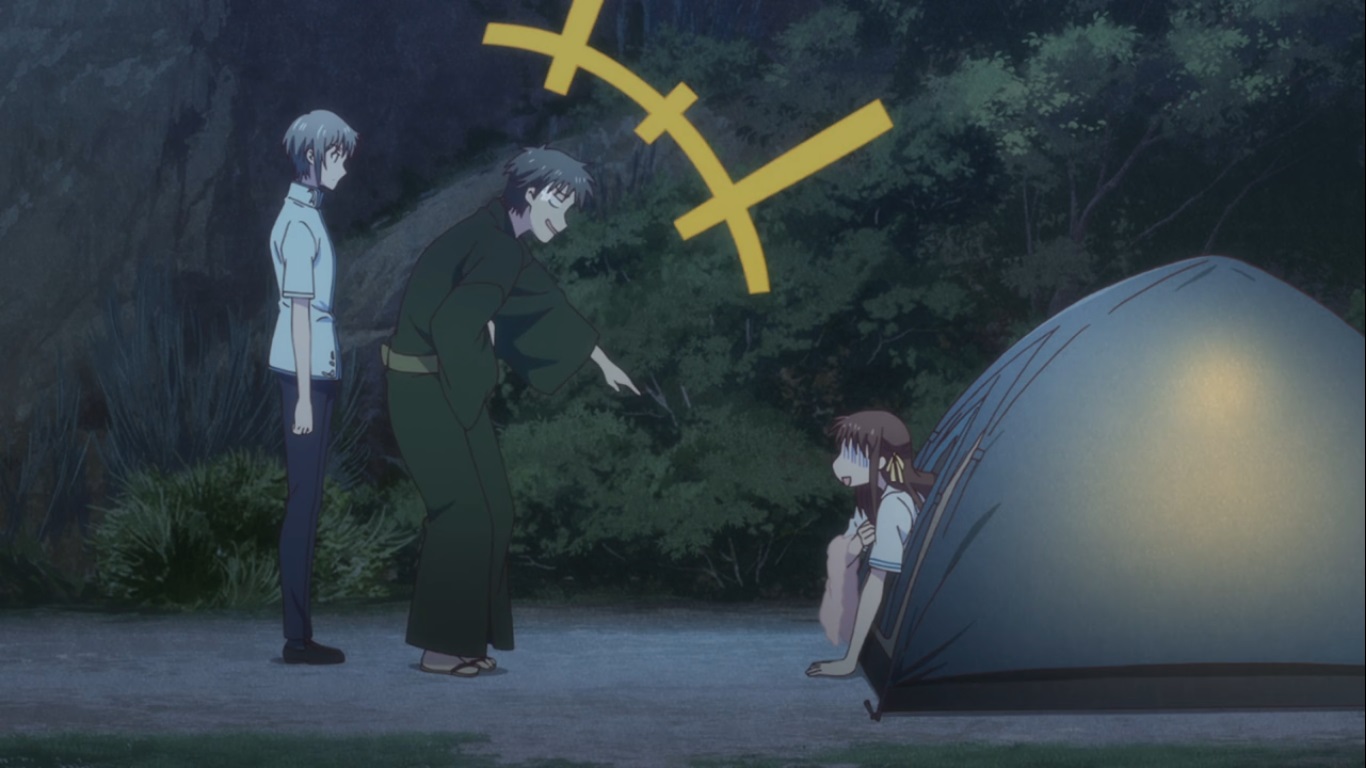 The show also retains the light-hearted comedy that the original had. Shigure obviously plays his part here, but the more shoujo-chibi animation changes every now and again have their impact as well. With the same style of comedy, the nostalgic vibes that the show gives off and how nice the animation actually is, it’s safe to say that I was right to be so excited for this.

Sound-wise, the show didn’t let me down either. I watched the original series in English dub, so I haven’t actually heard the original Japanese cast, but the voices of this new cast of seiyuus do a brilliant job in bringing the characters to life. Iwami Manaka (Maquia, Gamers!) did a stunning job playing Tooru, as did the actors for the other three main characters – however this isn’t surprising given the length of their resumes. We didn’t hear the OP this week, but the ED is a lovely, mostly acoustic track from Vickelblanka, who also did the third OP to Black Clover. 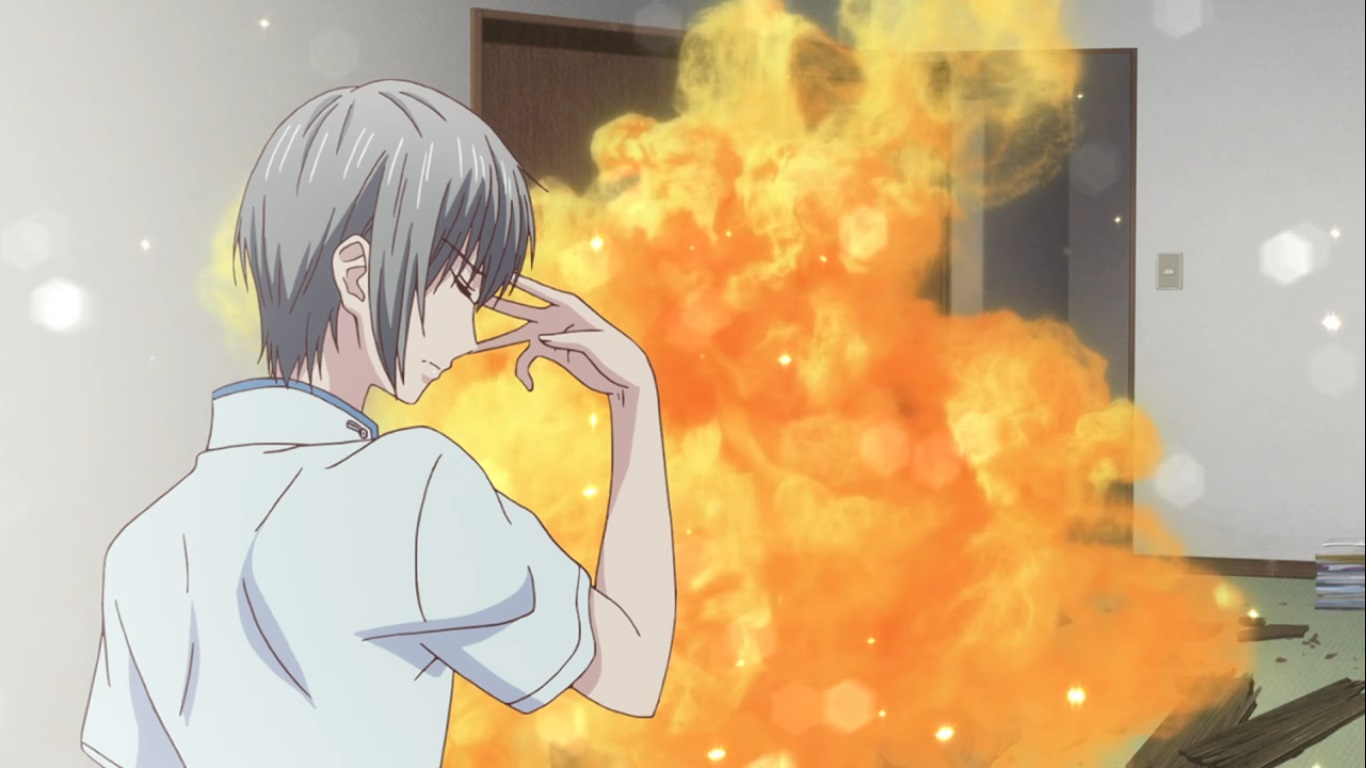 It’s safe to say that I have a lot of praise for this show already, despite only being one episode in. However, one concern I have for the show so far is the smoke effect that they’ve decided to use when the characters transform into the zodiac animals. This effect reminded me so much of Panty & Stocking with Garterbelt and it really did stand out too much, considering the rest of the show’s animation. I think they could have used a more subtle way of doing the smoke, because I can already imagine that it’s going to be quite off-putting the further into the series we get.

Overall, though, we received an absolutely solid start to the 2019 adaptation of Fruits Basket. Whether you watched the original series or are completely new to the show, definitely give this adaptation a try. Not only is it nostalgic to the original anime, but it’s also a breath of fresh air as well.

You can watch Fruits Basket (2019) on Funimation, Crunchyroll and Wakamin, depending on your region!

Art of Shigure Sohma used in cover picture was drawn by Shyamiq.