Man, it’s taken me a while to actually watch this week’s episode… Work has been hectic this week. Sadly, for the same reason, this review is probably going to be fairly short. But, hey, I’ve finally done it! I’ve watched it! And what an amazing episode this week was!

This episode was so nostalgic! Whilst watching it, I was transported back to the time when I was watching the original series for the first time. It’s safe to say I had a massive smile on my face for the whole 24 minutes. 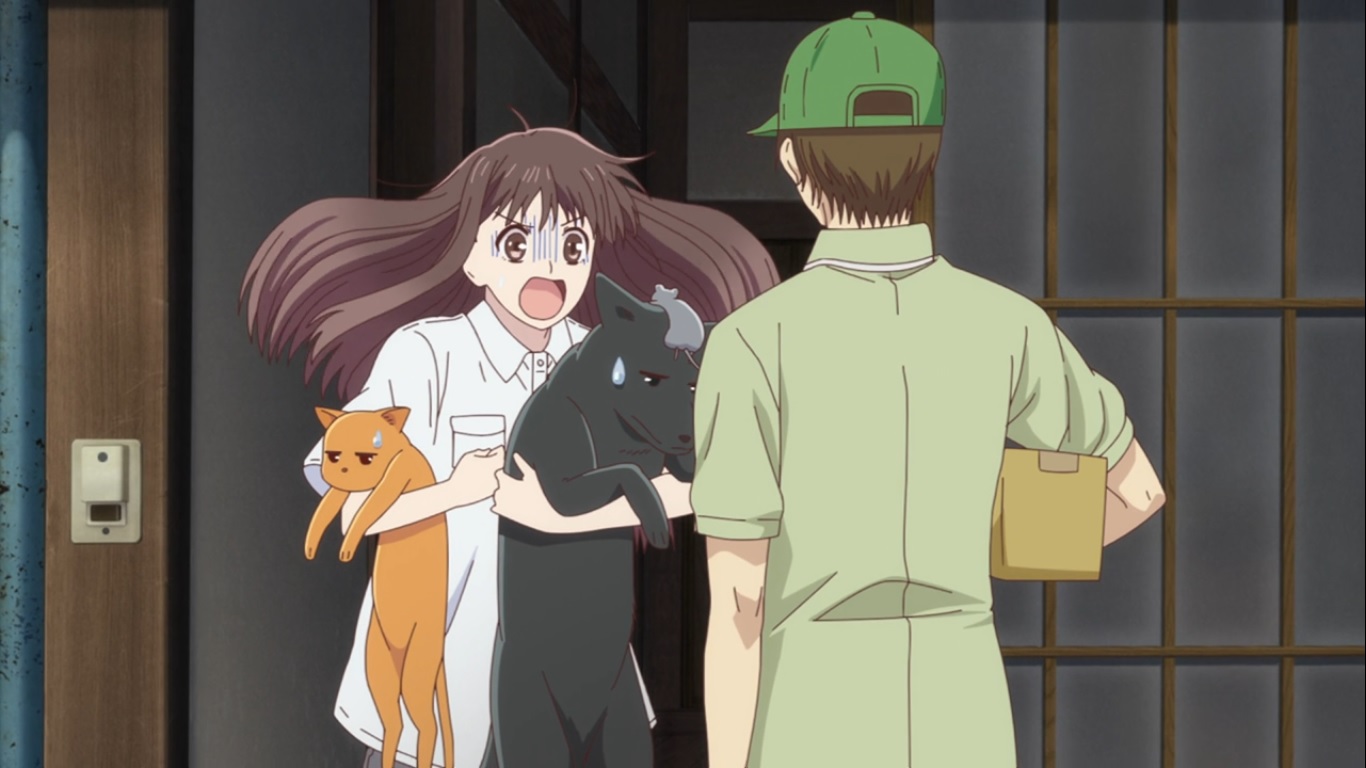 The start of episode 2 starts directly where we left episode 1. Tooru has just discovered that Yuki, Shigure, and Kyo are possessed by the spirits of the zodiac animals and transform into their respective creatures when sick or hugged by the opposite gender. Understandably, she is quite panicky. I would be too if I hugged someone and they turned into a rat. Unfortunately for Tooru, her trauma doesn’t end there as she also soon discovers that when they transform back into their human appearance, they transform butt naked. Although, I still don’t know whether that’s a bad thing or not, really…

Ahem. Moving on. Like I said at the start, this episode was quite nostalgic for me. As I was watching, I could remember very easily the 2001 version’s series of events. Every time Yuki kicked Kyo, every time Kyo acted like the absolute tsundere he is, I was giggling. Apparently, my love for a good old shoujo anime hasn’t disappeared at all. 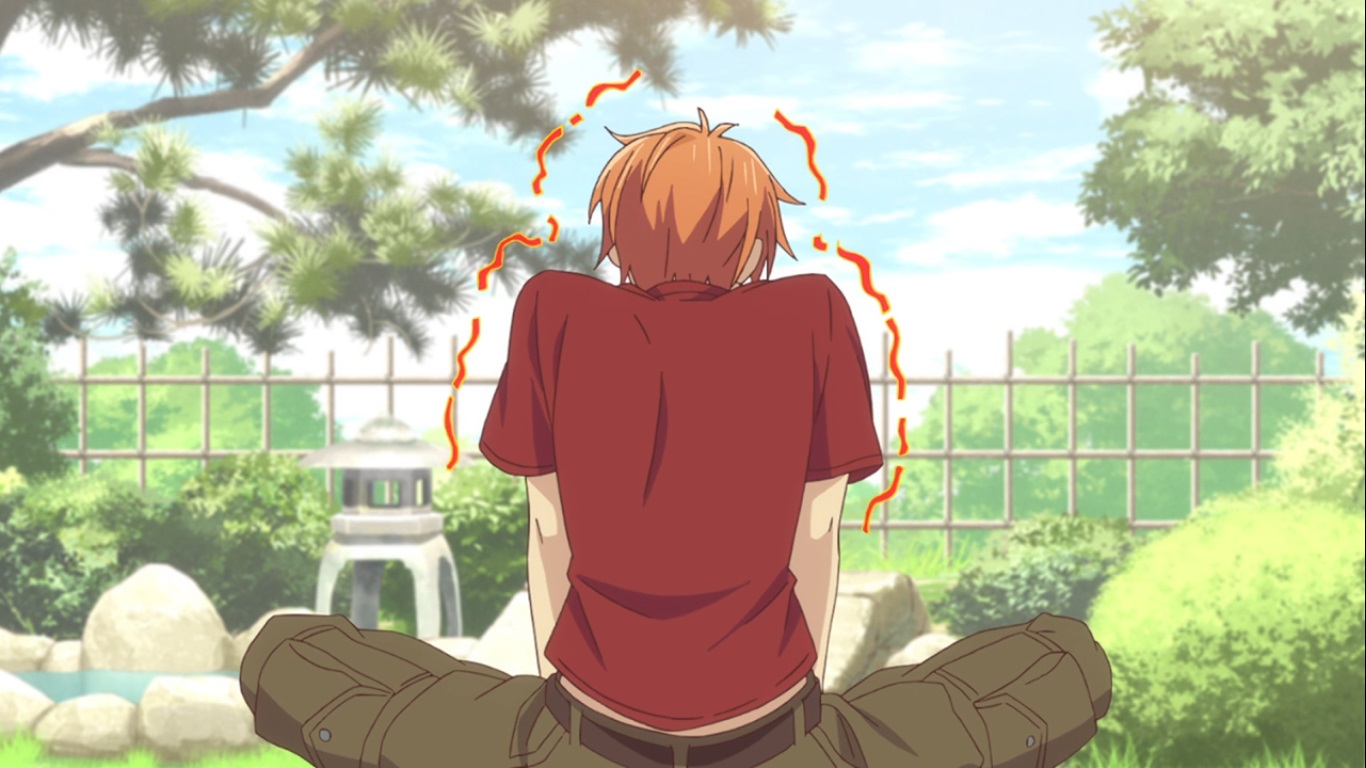 But it wasn’t all giggles and fun times this episode, no siree. We were also given quite a few of ‘the feels’ as we experienced Yuki and Kyo’s rivalry for, really, the first time this season, and watched from afar as the two of them began to accept their new life with Tooru living with them. Some things were accepted quicker than others. One of the things that wasn’t exactly accepted by either party was Kyo being forced to transfer to the same school as Yuki and Tooru. It’s pretty obvious pretty quickly that he doesn’t appreciate the attention from more or less every girl in his class. But that’s okay – not everyone likes to have the spotlight on them and, well, we get more of ‘the feels’ this way.

Within the episode, Shigure has a little chat with Kyo about opening up his feelings and loving people, being kind to people… And although Kyo is his usual catty self in front of Shigure, we’re treated to a glimpse or two of his true feelings. In episode two. We’re not messing about here, nope. On the other hand, however, we also have Yuki being extremely concerned for Tooru and confiding in her about a childhood memory. This is something I really liked about this episode – we got so much more background and insight into the characters than we did at the same point in the original series. Or, at least, that’s how it feels to me. I haven’t read the manga, but all of these flashbacks and all of the foreshadowing? I’m loving it! 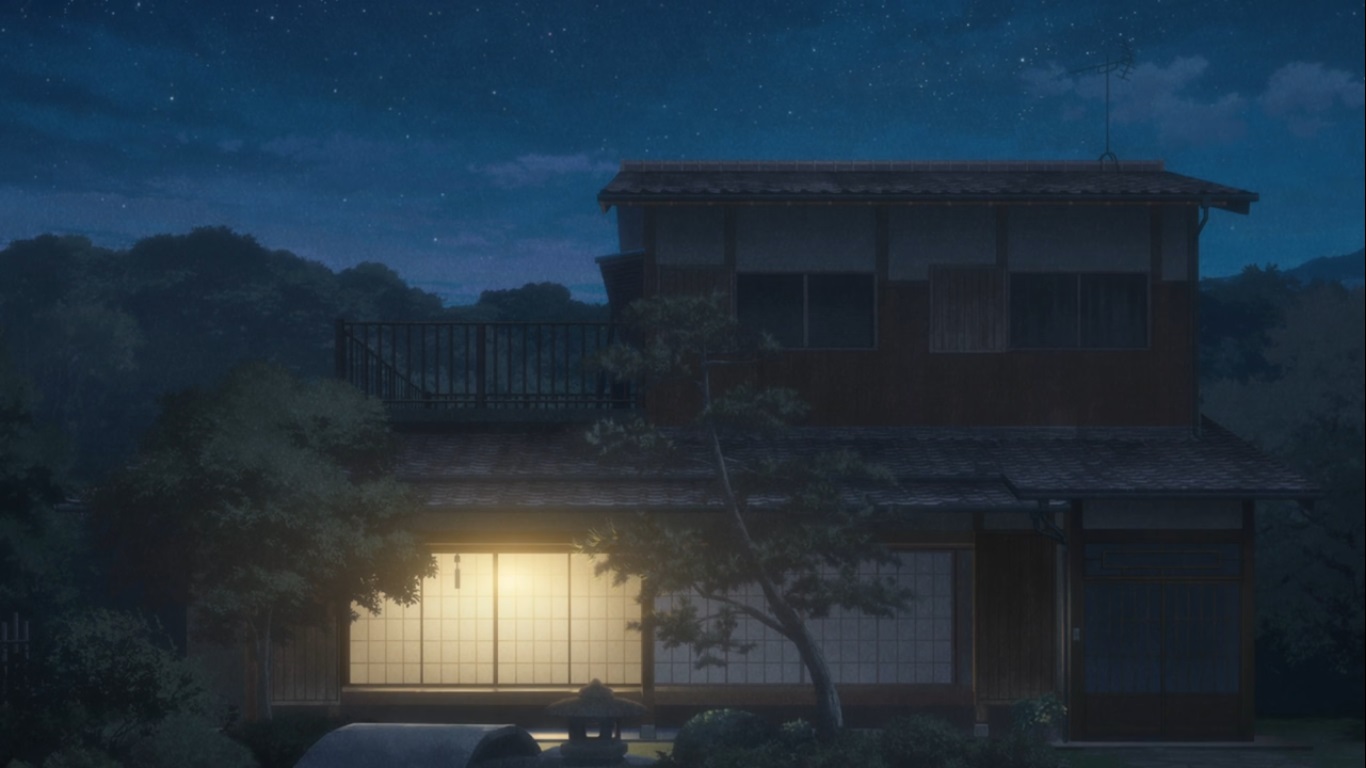 This episode saw the introduction of the OP and, well, I’m a little bit torn on this. I like the song, don’t get me wrong. It reminds me so much of the original series’ OP and I like how it’s almost a little homage to it. However, I can’t help but think that this song, in particular, would work a lot better as an ED. It’s just a little bit too slow for an OP for my liking.

We’re two episodes in and so far, this adaptation is remarkable. The pacing is perfect. The animation is lovely. The characters are just so lovable. Going forward, I hope we see some more of Arisa and Saki – Tooru’s two friends from school – for I do think they are two of the best-supporting characters out there. And also, more Shigure in a suit, please? Regardless, I can’t wait for some more zodiac fun this week!