So, because I’ve had a lot on recently what with my parents visiting me and everything, I haven’t had much time to write many posts over the past few weeks and, in order to stop the site from looking like a complete Fruits Basket dedication blog (not that there’s anything wrong with that!), I decided to take a break from the episodic reviews last week and merge episodes three and four together in one post. Which, quite frankly, works quite well. 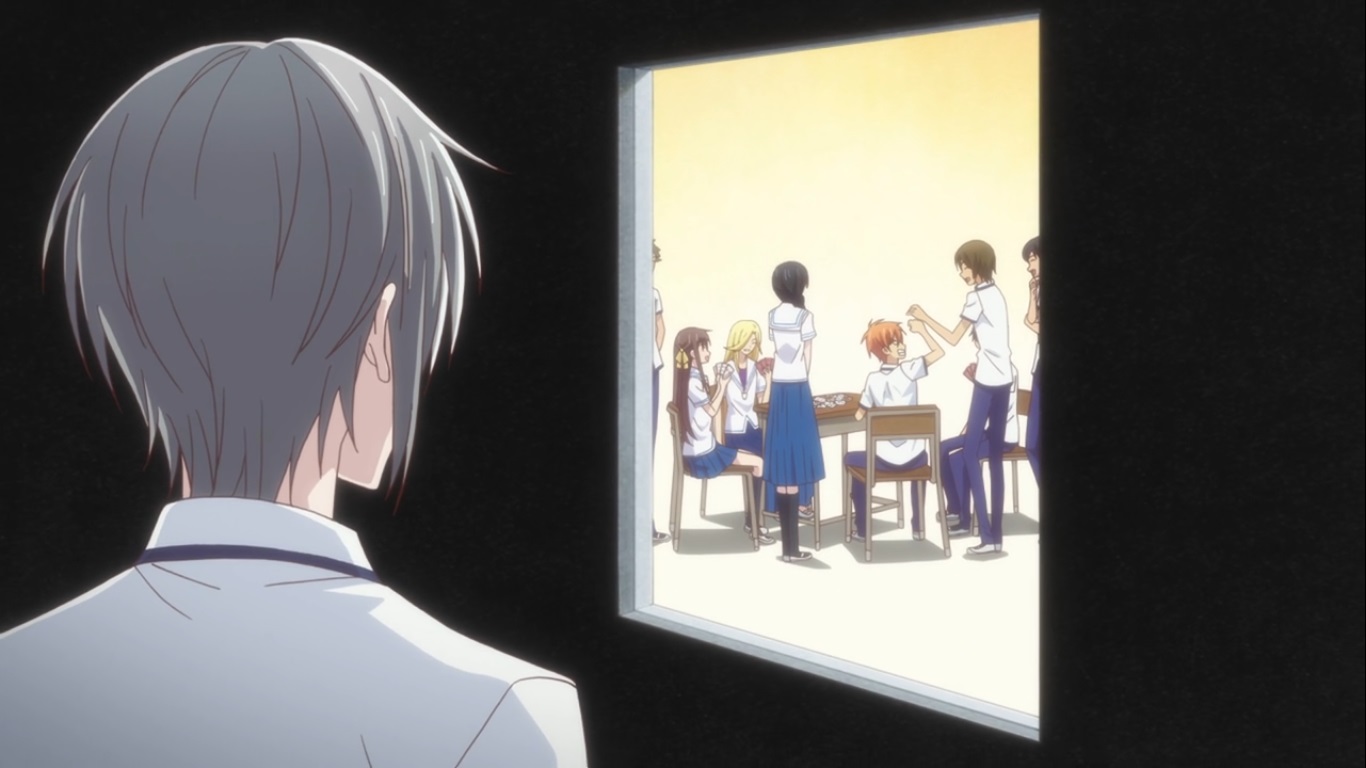 From the first two episodes, I was expecting great things. They were magnificent in, honestly, every way. They made me so happy. Episode 3, however… didn’t quite make me as happy. Don’t get me wrong, I definitely appreciated the amount of context for the Kyo-Yuki conflict, but asides from that, I found it to be all over the place in comparison to the first two episodes. Perhaps that’s because they adapted more than one chapter for this episode instead of the previous one-chapter-per-episode pattern that TMS seemed to be following.

That being said, I was so glad to see more of the Sohmas being introduced, even if it is quite early! At least, I felt it was a little too early, but perhaps that’s just me. It’s been a while since I’ve seen the original series after all, so I can’t quite remember the pacing to a tee. But, ahh, Momiji! Kagura! Arguably two of the cutest Sohma family members. Momiji’s cameo seemed to be the most rushed aspect of the episode, though, and I do need to complain about something here. 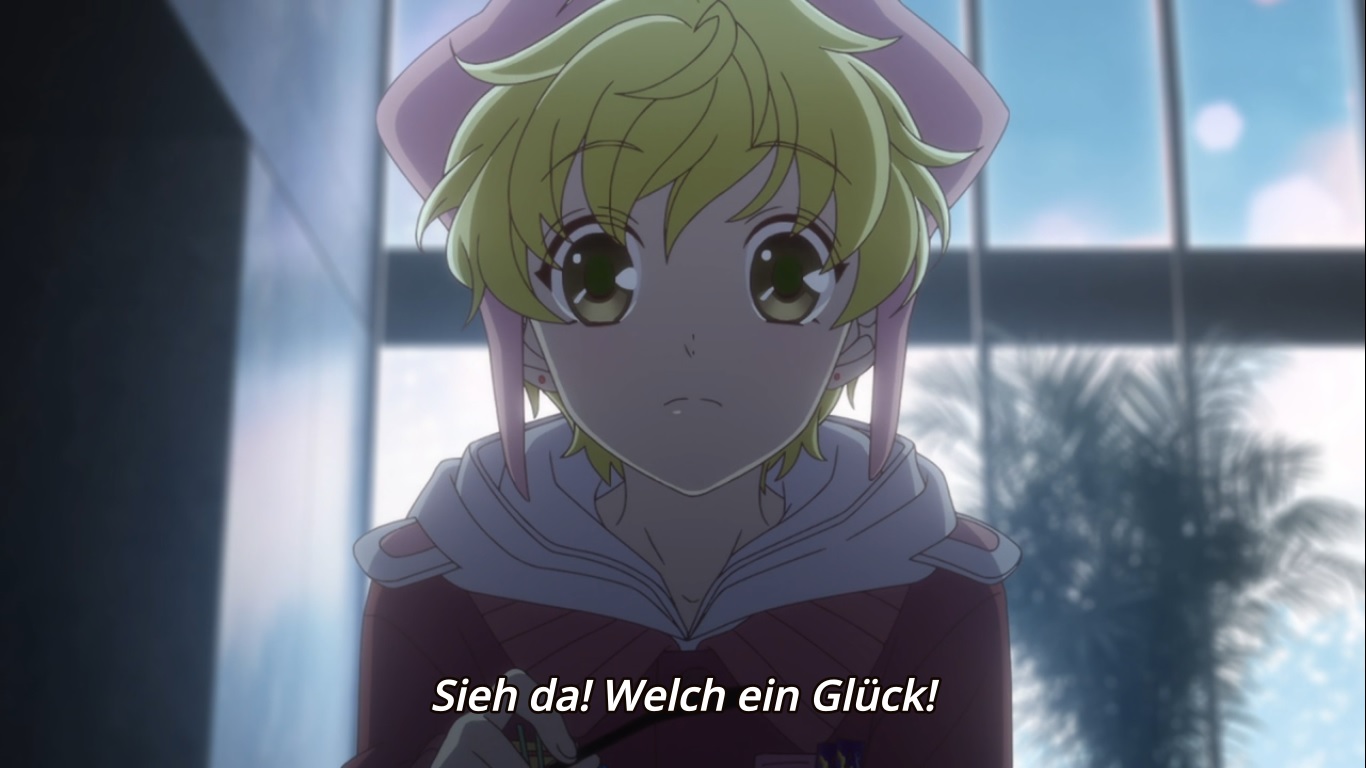 I get it. Momiji is half-German. He’s going to speak German at some point. I get that it’s probably for foreshadowing purposes, but could you not translate the German subtitles for those of us who don’t have a GCSE in German? I went through the entirety of that scene looking as confused as Tooru did. It definitely wouldn’t have hurt to include some English translations for the sake of the English sub.

Now, Kagura, the little cutie, was teased a bit in the third episode only to have an entire episode dedicated to her for the fourth. I am so glad they spent time on this. Sure, we get another character to get excited over, but we also learn about how opposite-sex hugs work when they’re both cursed by the zodiac. In addition, we learn more about Kyo and we get a bit of backstory for both Kyo and Kagura. Not to mention the fact that we see the more adorable side of Kyo and that there are some slight hints to Shigure’s personality a little more too. There’s just so much in this episode and I just love it! 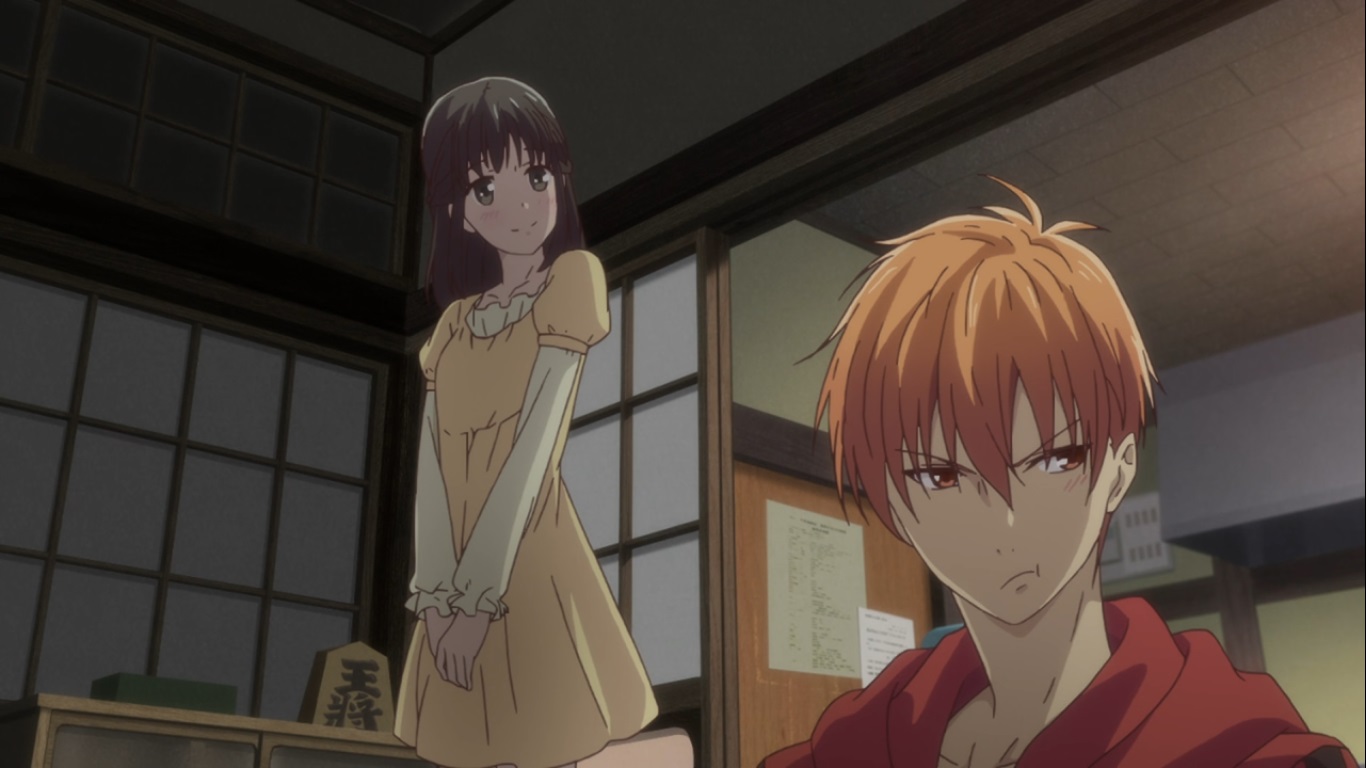 The third episode may have been slightly disappointing, but the latest one has definitely made up for it. It was certainly the funniest episode yet, reminding me just why I love this series so much.

Another thing I’ve noticed is how much more likable both Yuki and Kyo are in this adaptation than the original. Of course, this is purely my opinion right now, but in the original, I didn’t particularly like either of the two main boys. I used to find Yuki to be too quiet and too smug – too prince-like if you will. On the other hand, I used to find Kyo just…annoying. He was too loud, too bashful. I don’t know whether this is because I’m more adjusted to anime tropes, because I know what to expect now or because they’ve adjusted their personalities slightly, but, regardless, I definitely appreciate both of these characters a lot more than I used to.

Speaking of liking Kyo more… has he always been that toned or was I blind when I was watching the 2001 series?

Well, after breaking Shigure’s home to pieces with the help of Kyo, Kagura’s gone back home and Tooru has received a phone call… My drama senses are tingling. Bring on episode 5!