Who are the Generation of Miracles?: Kuroko no Basket Review

During my time as an anime fan, I have absolutely loved watching sports anime. In the past, I’ve watched shows such as Haikyuu!! and Free!, but recently I haven’t really touched upon the genre that much. So, I decided to go head first into a new sport and franchise altogether – Kuroko no Basket. 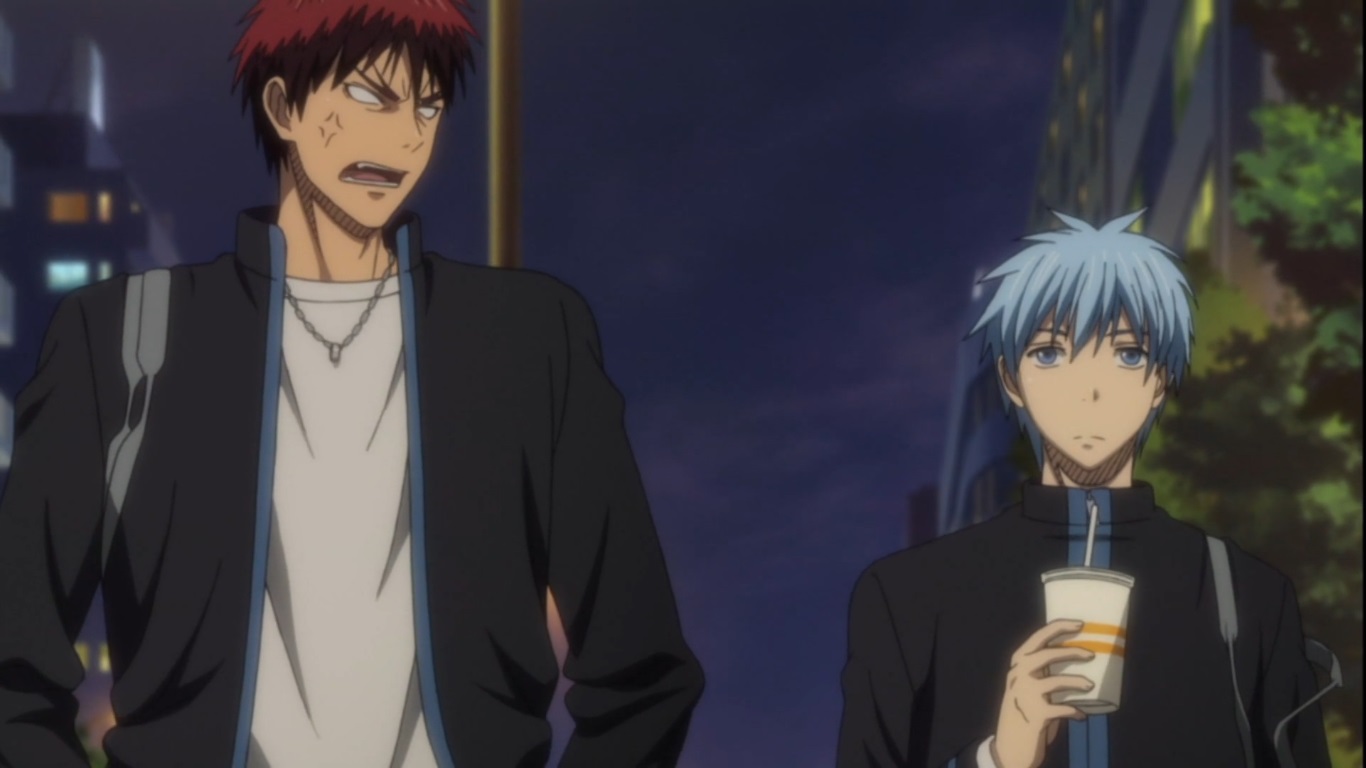 I don’t really know why I haven’t touched many sports anime as of late. They certainly appeal to me and I have had every intention to watch them, but for some reason, I just… don’t. Perhaps I just needed something to pump me up and motivate me and if that’s the case, then,  Kuroko no Basket (otherwise known as Kuroko’s Basketball in English) certainly worked its magic.

The show follows a first-year student at Seirin High School called Tetsuya Kuroko who is seemingly just an ordinary student with a lack of presence that allows him to move around unnoticed. However, the truth is is that Kuroko was once a part of Teikou Junior High School’s basketball team which was crowned champion three years in a row due to the unique skills and breathtaking plays that the team had. This team became known as the Generation of Miracles and it was a team that should not be taken lightly, as fellow Seirin first-year student Taiga Kagami soon finds out when he, alongside the other players at Seirin, have to face each member of the Generation of Miracles in several matches whilst competing in the Interhigh championships. 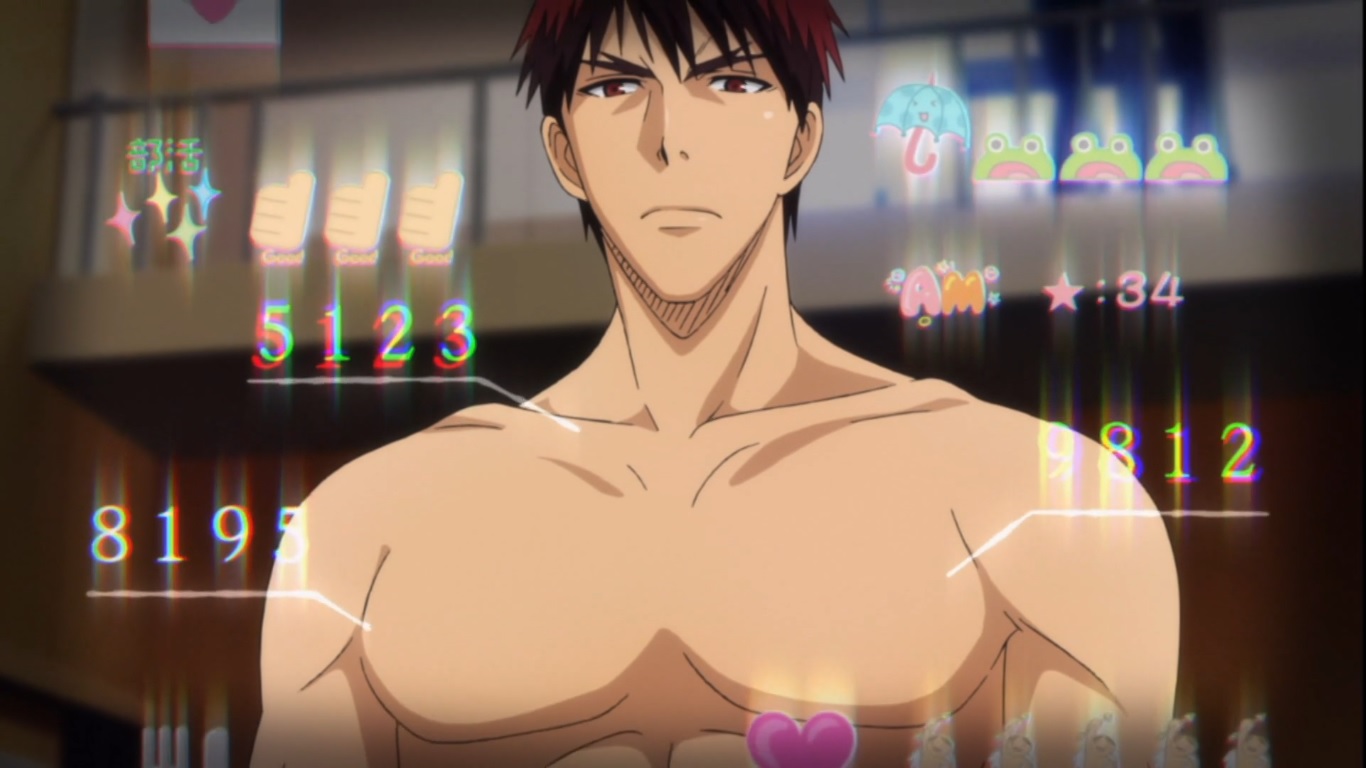 Using his lack of presence is Kuroko’s style of basketball. It’s Kuroko’s Basketball if you will. This is the only thing he relies on, for he has poor stamina, poor shooting skills, and poor dribbling skills. Instead, Kuroko is the shadow. His light is Kagami – a transfer student from the US who is good at shooting and has a good amount of stamina. Likewise, every character in the series has their own special skill. For Seirin, their center point Izuki has the skill Eagle Eye which allows him to ‘see’ his selected area on the court without actually looking; their captain, Junpei, specializes in three-pointers. Even their coach, Riko, has an ability – the Ability Scan – which allows her to tell the potential of each basketball player just by looking at their bodies… And, of course, this works better when the players are shirtless.

Yet, apart from their brief introductions and a brief explanation of their skills, we don’t really learn much about the other players of Seirin because the show focuses on Kuroko, Kagami and the other players from the Generation of Miracles. I understand why, of course. You focus on the protagonists and the antagonists of every show. It just seems a shame that the other members, of Seirin especially, are fighting the same battles and yet they don’t really get much screentime outside of the matches. Even in their appearances, it’s apparent that they’re taking a backseat. With Kagami and the Generation of Miracles, bright colored hair makes them stand out. The others are just left with more realistic hair colors making them blend into the background.  A complete shame, really, considering I can tell there are some great personalities to come out! 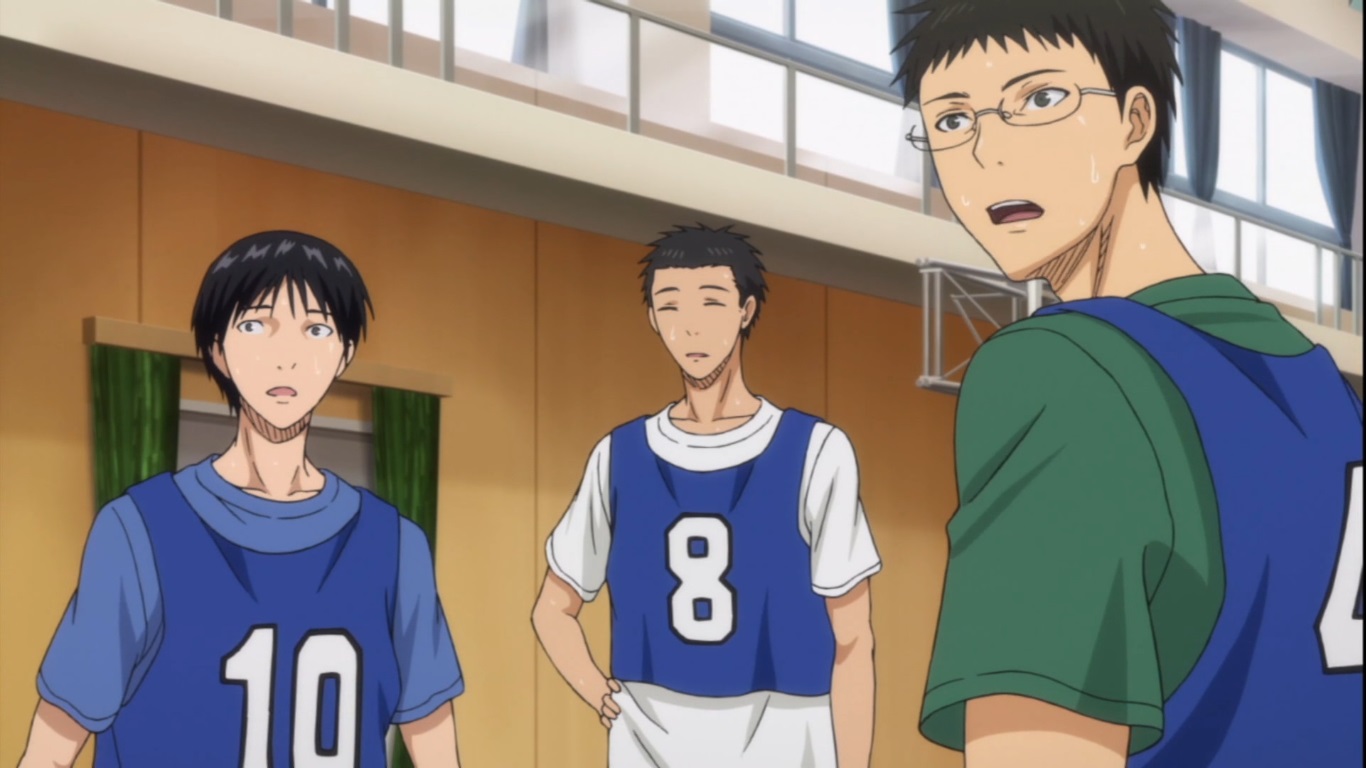 One thing that I didn’t quite expect about Kuroko’s was just how unrealistic the show is. I knew they had these almost superhero-like skills exaggerated for the sake of shounen stereotypes, but even the story is unrealistic, not to mention repetitive at times. One of the rival teams – Touou Academy – has a problem with their token Generation of Miracles player as he’s constantly late and not really focusing on practice. Of course, this all builds his character but it’s extremely exaggerated and repetitive. In reality, he wouldn’t be playing games by this point. It just frustrated me slightly to just watch him saunter onto the court having missed half a game. This is just one example of how I’m not too fond of the writing in the show, but once you get to know what the show’s like and once you know what to expect, it’s very easy to just ignore the unrealistic portrayal of sports teams.

That being said, the rest of the show is incredible. The directing from Shunsuke Tada (whose other work includes Starmyu and the “Bungaku Shoujo” movie), alongside the animation, really does make this an incredible rollercoaster of an anime. Sure, the pacing might be a little slow at the start (it took me 9 episodes before I began to fully enjoy it), but once you get into the middle of it all, you want it to continue and continue and continue. The art style can be a little iffy at times, especially with people looking like a squarer Arnold Schwarzenegger at times, but I can’t really complain about it too much. Actually, it added to the comedy of the show somewhat, even if it was unintentional. Additionally, the show also has a solid soundtrack – the second opening, for example, being one of my favorites in my recent anime watching.

Despite its flaws, Kuroko no Basket is actually a really fun watch. There’s lots of action, and sometimes some unpredictable outcomes, even for a sports anime. Sure, it has some mistakes here and there, but if you go into the show with the right mindset, you’re bound to enjoy it. For me personally, I can’t wait to eventually get into the other seasons…

You can watch Kuroko no Basket on Crunchyroll worldwide!

In Australia? You can also watch it on AnimeLab!

3 thoughts on “Who are the Generation of Miracles?: Kuroko no Basket Review”