I completely realise I’m about three weeks behind on these episodic reviews, but it’s better late than never, right? Right?

Man, am I glad to come back to Fruits Basket after a short break! It really does make everything about the show even better. Everything becomes more enjoyable. And that’s without me knowing that the ninth episode was featuring my absolute favourite –  Hatsuharu. Ahh, what a treat! 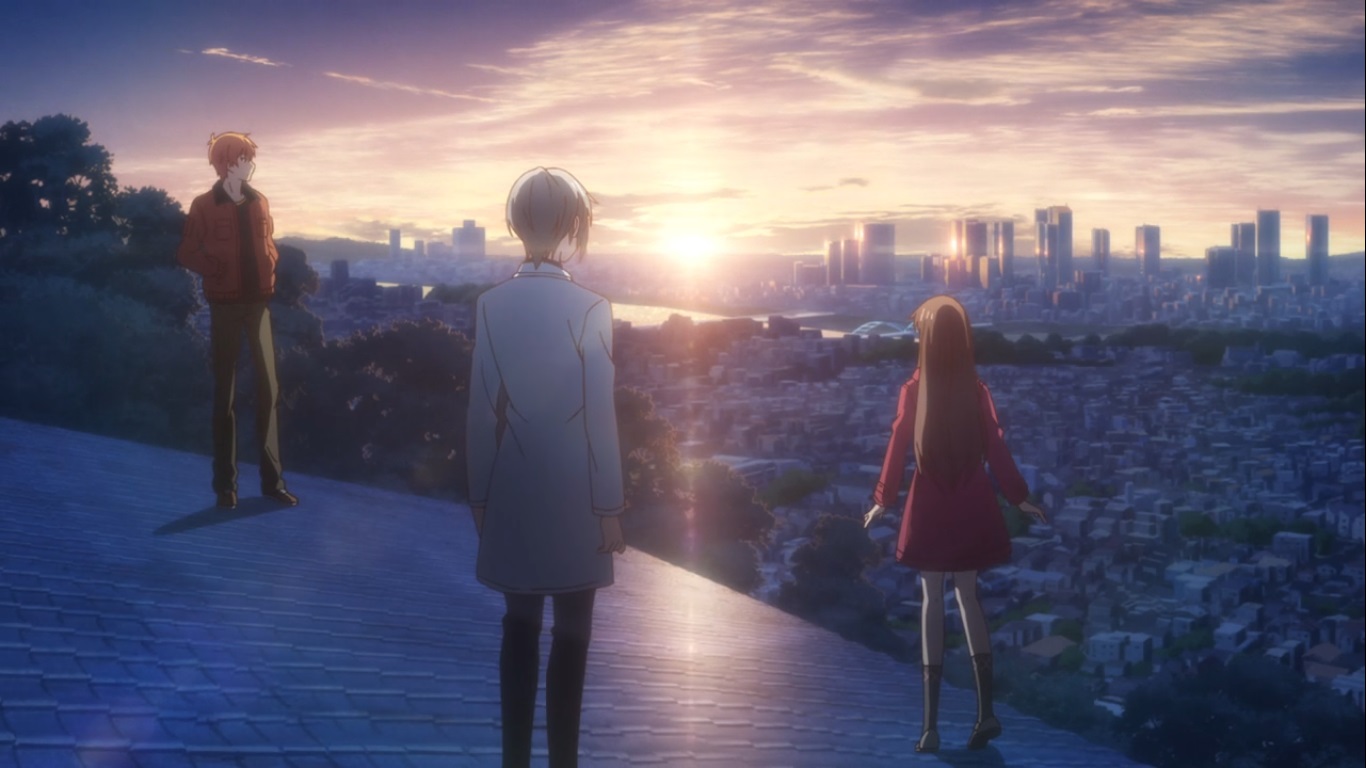 I do, however, realise that I was an idiot and forgot to write an episode review for the eighth episode. So, let me just quickly cover my thoughts on that before we dive into the ninth episode.

Episode 8 focused on the beginning of New Year celebrations and, at this point, Tooru has lived with the Soumas for four months. Despite the Soumas planning to celebrate the New Year at the main house and her family leaving for Hawaii leaving Tooru alone at Shigure’s, she rejects both Hana and Uo’s offers of staying over at their houses for the holiday. We see Tooru’s selflessness first hand, but also the caring nature of her friends and the reflections of both Kyo and Yuki of their relationships with Tooru over the past four months. The importance of family and friends truly is emphasised in this episode, making it a truly emotional one once again. Arguably, this is why I didn’t make a post of it when it came out. Perhaps, deep down, I related too much to the episode, having spent the last Christmas and New Year away from family and friends. Who knows? But I can say for sure that it was a lovely little episode. 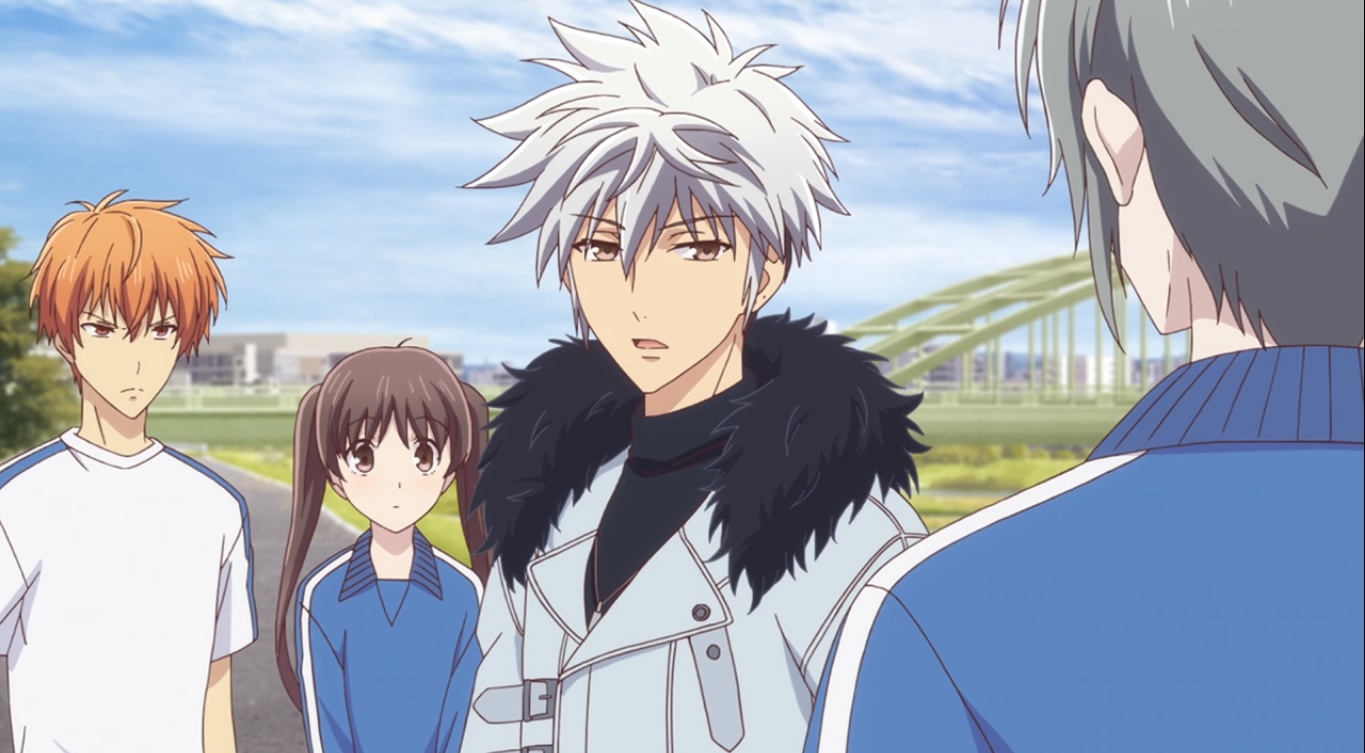 Now, episode nine flew by very quickly. It didn’t seem like a full-length episode. Time flies when you’re having fun, though! It started off with Yuki, Kyo, Tooru and Hana (as well as the rest of the school, excluding Uo who was skipping) participating in the long-distance running. As you can expect, Kyo was certainly pumped up about it and was competing with Yuki. However, “girly-boy” Yuki over here has a slight disadvantage – he has a cold. Competing in such a race when you’re ill is never a good idea, not to mention competing with an overly competitive family member as well. It’s during this race where our three protagonists trip into Hatsuharu.

I will be honest, I was a little unsure about Hatsuharu’s role in this episode. Everything just seemed to be put together in way that doesn’t make sense to me. I realise he gets lost – the dialogue makes this very apparent by how many times they mention this fact – but I reckon they could have easily fitted this together in a way that was a little bit more believable than him just appearing on a field near to where the students are coincidentally having their marathon… I will be the first to admit that this is probably just me being nitpicky, though. 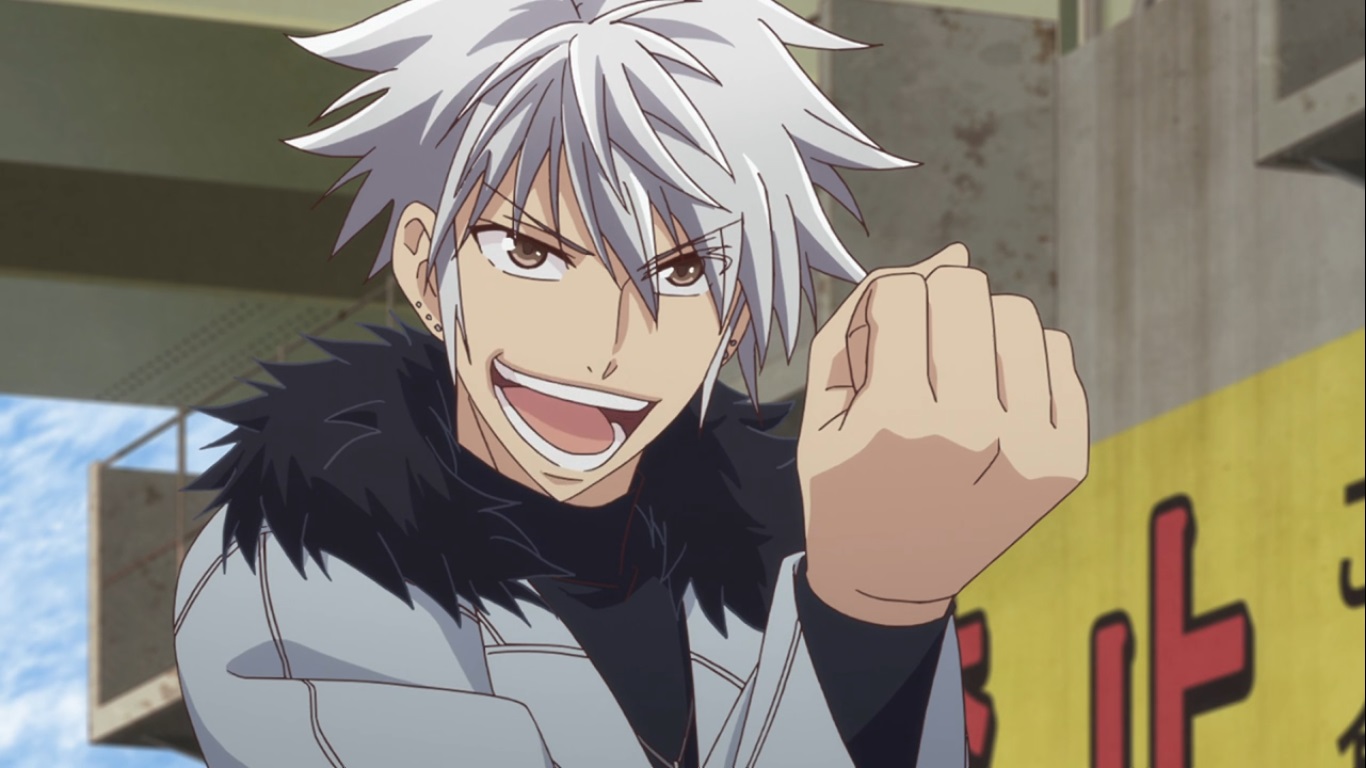 Although he helps Yuki towards the end of the episode, the main purpose of having Hatsuharu in this episode is to properly introduce him. We get details on his personality, his past relationships with both Yuki and Kyo, and, of course, the animal he’s cursed by. We get a lot of information in this episode, but I don’t think it was delivered too quickly. It was definitely all delivered at the right pace, in my opinion. Although we have seen Hatsuharu in previous episodes, this is the first time we really get to meet him. Not only that, but this is the first time we get to properly hear his seiyuu and, oh my, I’m so happy. Makoto Furukawa (who has also voiced characters in Orange and Golden Time) has done a great job at bringing Haru’s personality to life. I have no complaints with this casting choice and I absolutely love the way Dark Haru is presented. Applauses all round! 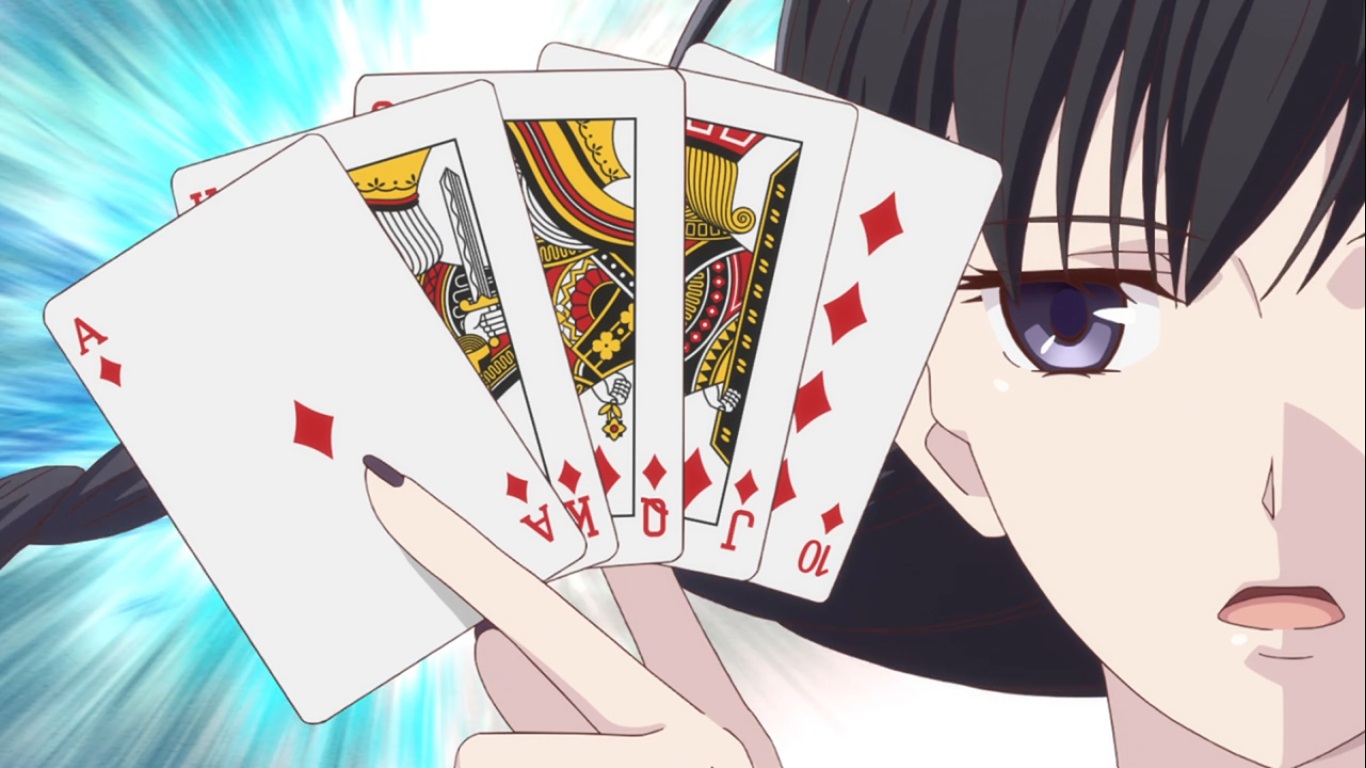 Let’s take a step back from Hatsuharu for now and take a look at some of the other moments within the episode that I absolutely adored. There were quite a few of them, but one that stands out is definitely Hana’s role in the episode. Her dramatic “woe is me” moment at the start of the race, her poker playing… everything about her in this episode brought a lovely comedic aspect to the show when things were becoming a little serious. I found it to be a nice balance and it just makes my love for Hana grow a little bit more.

On another comedic note, it was nice to see a hint of perviness coming from Shigure towards the end of the episode. Like I mentioned in my review of episode 5, I have lots of memories of Shigure being extremely cheeky in the original series, something we haven’t seen too much of in this adaptation. It’s definitely nice to see it every so often and the timings have been impeccable so far. 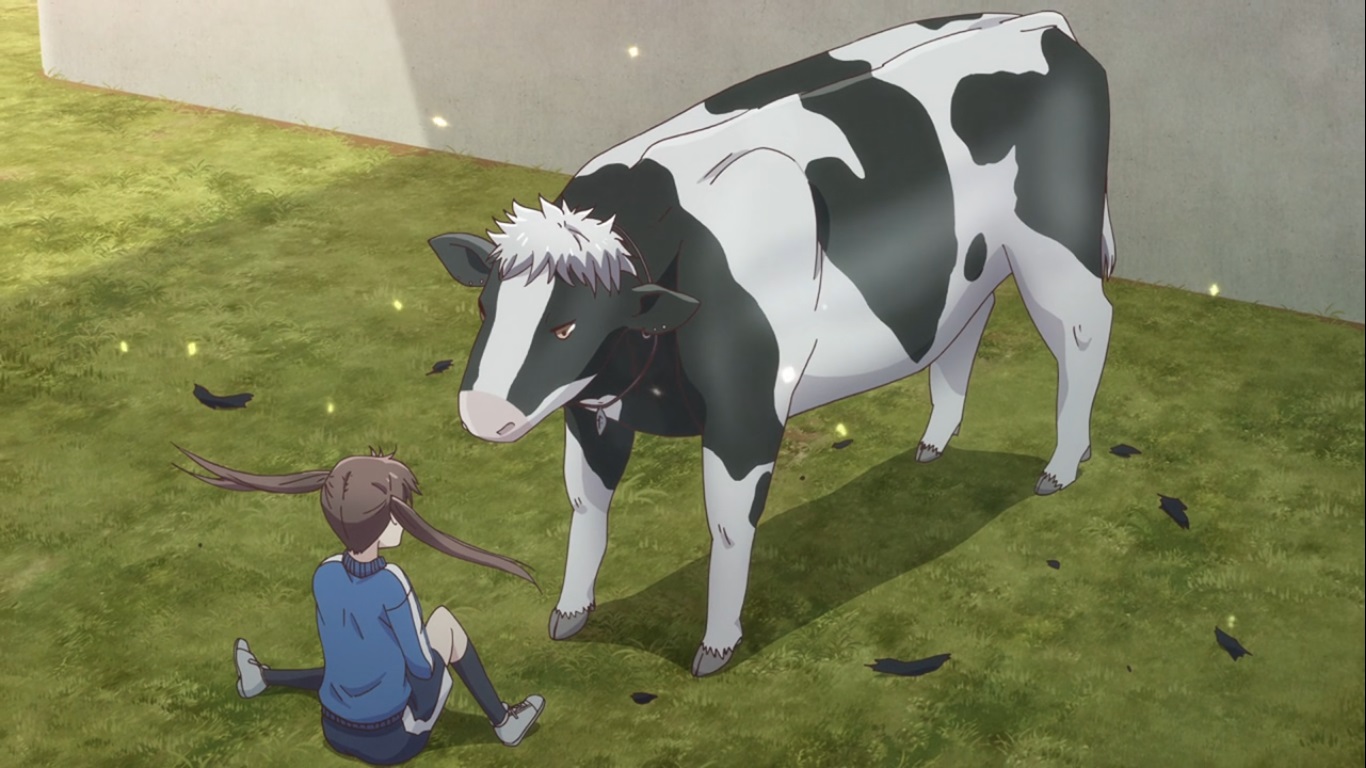 In my last episodic review, I mentioned that I had finally become accustomed to the smoke effect that they use when they transform into the different zodiac animals. That remains to be true – with the two instances of transformations in this episode, the smoke effect didn’t annoy me once. However, I did become accustomed to another thing: the OP. Having had a fair few weeks to get into the swing of things, I’m going to retract what I said in my review of episode 2 – the episode where we first hear the OP. I think it’s a lovely song and it definitely fits the show. I think that’s the beauty of doing episodic reviews – you can see how your opinions change over time.

That being said, this is turning into a rather long one, so I’m going to end it here. I’m a little bit behind still, but I should be able to catch up soon! Lots of things have been happening behind the scenes, so I haven’t actually been able to watch that much anime recently, but that will change soon!

To summarise, then: episode 9 is a solid episode. Am I biased because it has Hatsuharu in it? Maybe. Who knows?