It’s that time of the season again where we all take a look at the upcoming seasonal anime and pick what we’ll be watching!

I have a bit of a weird relationship with seasonal anime. I usually pick about five or six shows and try to keep up with them as much as I can. Normally, I end up completing one show and falling behind on the others somewhat. For the last season – Spring 2019 – I have, so far, completed two shows and I’m a little bit behind on the rest. Still, life has been hectic these past few weeks, so I haven’t had much time to sit down and watch anime.

Ultimately, I’m still figuring out where I stand on seasonal anime. There’s nothing wrong with it, of course, but I’m sure that I’m more of a marathon watcher than a seasonal watcher. I realise I only made a return to seasonal anime a couple of seasons ago with The Promised Neverland, but I think I’m going to adjust my approach once again.

Instead of picking five or six shows to watch, I’m going to pick three that I’m going to prioritise. If I end up watching more shows, that’s cool, but I do want to make sure I can comment on seasonal anime as well as that still existing backlog of anime that I am constantly mentioning. It’s a bit of a problem at this point.

That all being said, what three shows am I definitely watching this season? 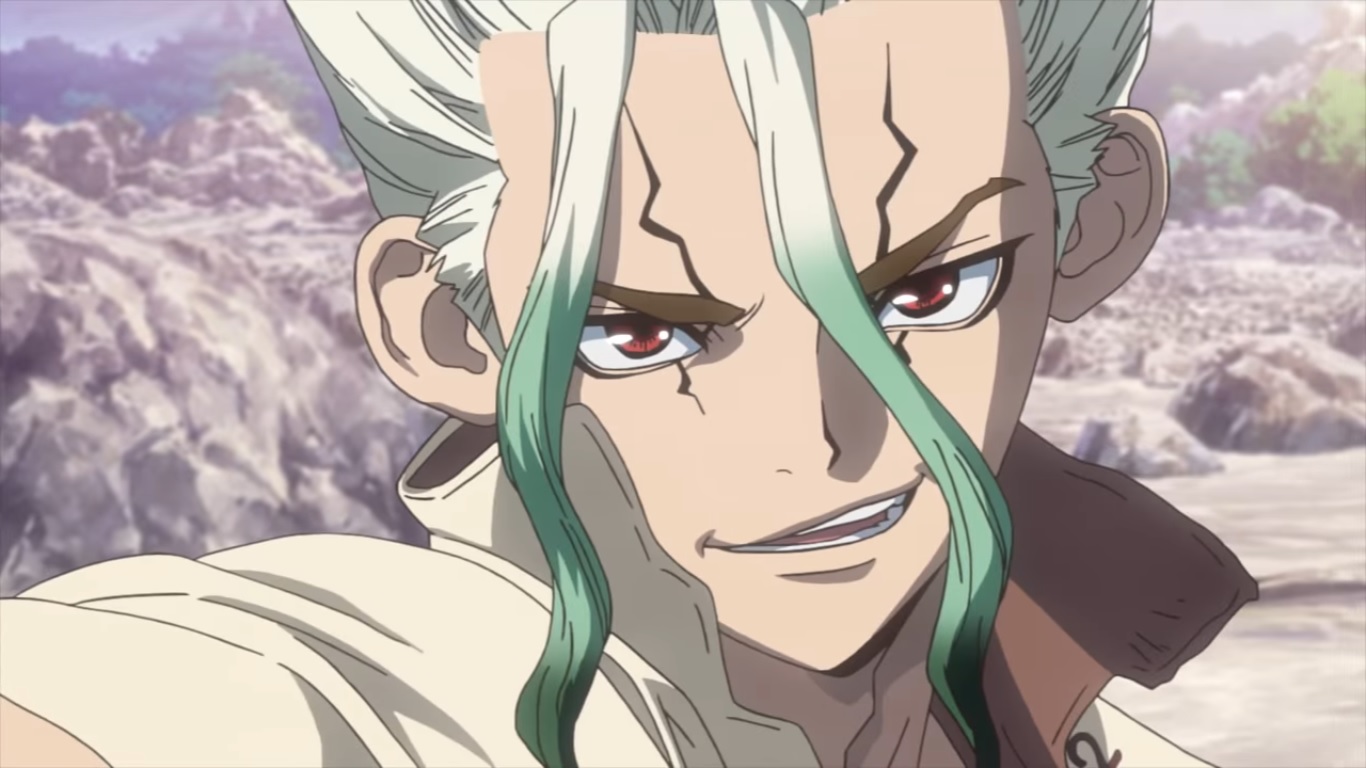 Dr Stone – Sci-Fi, Adventure, Shounen
Dr Stone has piqued my interest since I first heard of the anime being produced. I haven’t read the manga, but the concept of rebuilding society after everyone has been turned into stone is certainly a concept that interests me. The series is set in a time where all of humanity was petrified by a flash of light and turned into stone. It follows high school student Taiju as he awakens and breaks out of his rocky shell. Luckily for him, however, he’s not actually alone! His friend, Senku, who’s a bit of a science-lover has been awake for a couple of months by this point and he has a plan to build up civilization all over again. I’ve been in the mood for a good action anime lately (a gap I had hoped Fairy gone [sic.] would have filled this last season) so I am definitely looking forward to diving into this one! 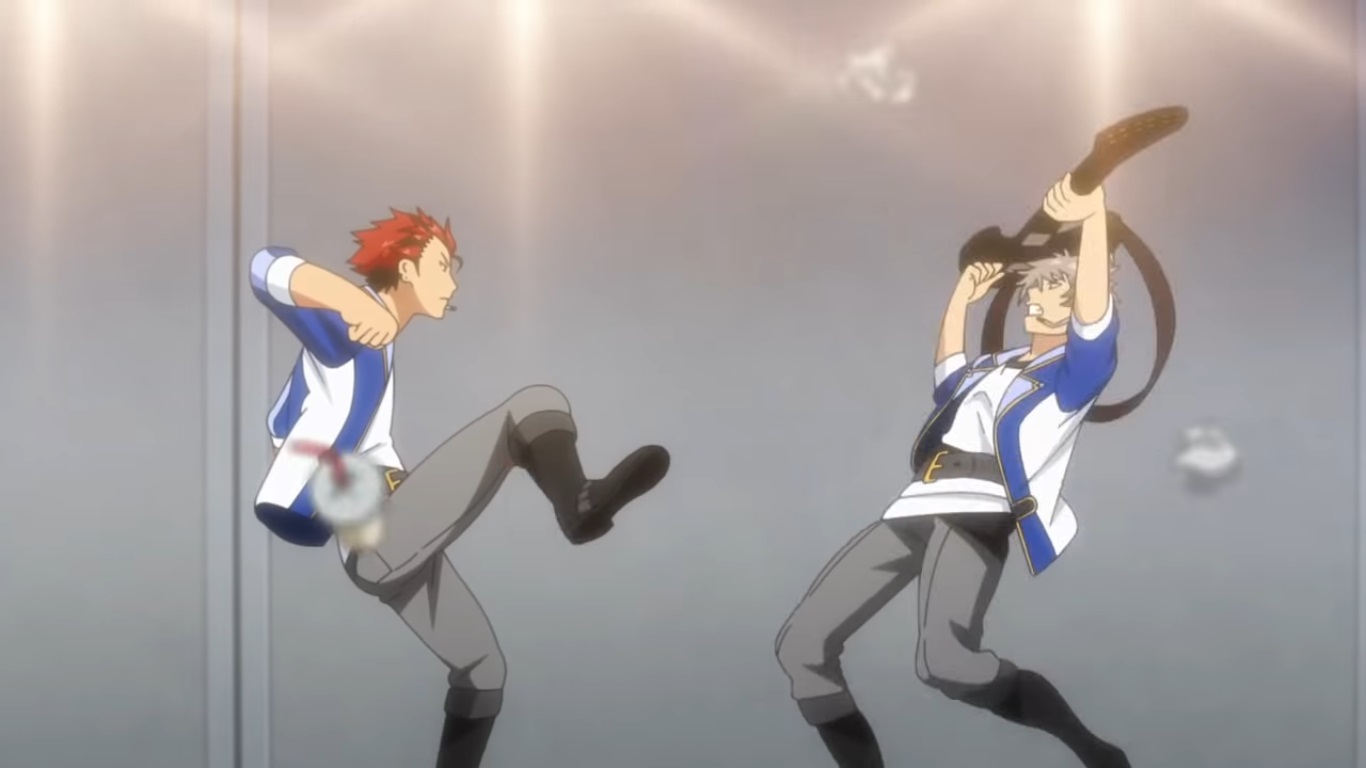 Ensemble Stars! – Music, School, Shoujo
Man, am I glad this is finally coming out! This show has been on my PTW for years! I’m still a little surprised that David Production picked this one up, but they’re not exactly a studio known for their bad quality shows, so maybe being nervous is a little unnecessary. The series itself is set in Yumenosaki Private Academy – a school known for specializing in boys’ idol training and for its long history of producing great talents. Due to special circumstances, there is but one female student in the school. She enters the school’s producer course and is tasked to produce these very boy idols. I have played the Ensemble Stars! mobile game before now and I can’t lie – I am a little nervous about how the anime is going to play out. That being said, I’m a sucker for a music anime so this is definitely sticking on my priority list for this season.

Try Knights – Sports, School, Josei
For those of you who don’t know, not only do I come from a town where everyone is obsessed with rugby, but the sport is also in my blood. My dad used to play rugby for a local team, so I definitely have a soft spot for the sport… even if I am terrible at it. When I saw Try Knights being announced, I got a little giddy. The series follows high school student Riku Haruma who, seemingly, doesn’t have any sort of future in sight. That is until he sees Akira Kariya playing rugby. Riku used to play rugby too but gave up due to his physique. Seeing Akira sets his passion for the sport ablaze once again and his future begins to light up. What’s making me intrigued about the show is that it’s listed as a josei and its characters were originally designed by Rihito Takarai – the mangaka behind Ten Count. Perhaps I’m being slightly presumptuous here, but all we can do is be presumptuous as there isn’t a PV insight and hardly any information on the manga that is easily accessible. At least we can hope for some very attractive characters…

So, they are the three shows I’m prioritising this season. Quite different from Spring’s shows, if I do say so myself. Admittedly, not many shows actually caught my eye this season, but I will be on the lookout for how the other shows fare in case I’m missing out on something great!

Before I finish the post, I’m also going to mention that I’m looking forward to Tenki no Ko (English: Weathering with You) coming out, which is Makoto Shinkai’s new film! A great director making another beautiful film with RADWIMPS doing the soundtrack? Sign me up! That being said, looking at the proposed theatrical releases, it’s probably going to be 2020 until I’m able to see this film… Regardless, I’m definitely hyped for it!

Don’t forget to let me know what you’re watching this season! Do we have any shows in common?